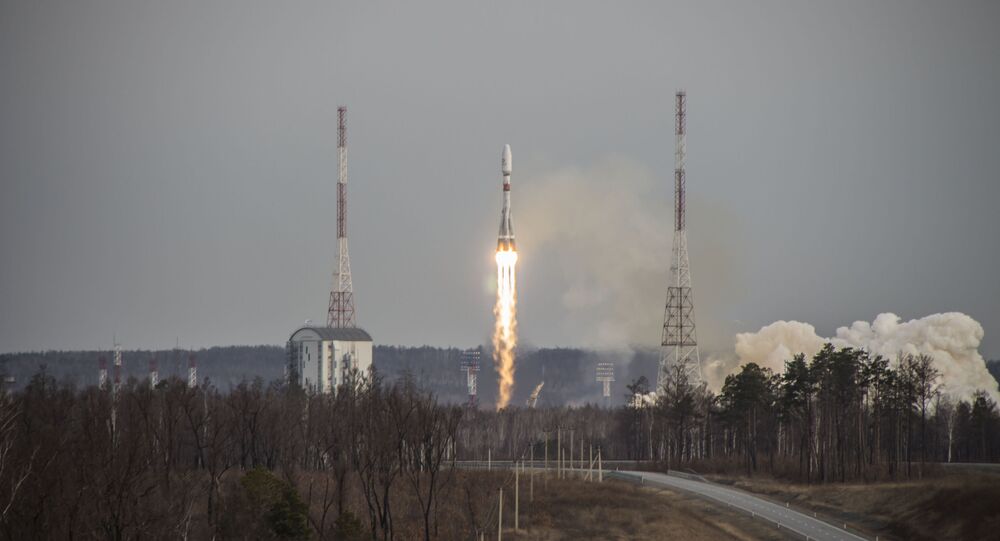 Alexander Bloshenko, executive director for advanced programs and science at Roscosmos, presented two images of future spacecraft with the Zeus nuclear-powered tug — one with rotary magnetoplasma engines, and one with ion engines.

According to the presentation, a satellite with a 500 kilowatt nuclear reactor will weigh up to 22 tons. It is expected to be launched from the Vostochny spaceport on board the Angara-A5V heavy rocket with the Fregat upper stage.

Bloshenko noted that the first mission of the spacecraft with a nuclear-powered tug, scheduled for 2030, will include the flight to the moon, then to Venus, then to Jupiter. The total duration of the mission is expected to be 50 months.

Apart from the satellite, Roscosmos also demonstrated the designs of an orbital station with two modules equipped with Zeus technology. Russia's next-generation Orel crewed spaceship and reusable rockets will be able to dock the station.

The nuclear-powered tug, also known as the Transport and Energy Module (TEM), has been in development since 2010 in Russia. The first prototype for a full-scale TEM vehicle was revealed in 2019, while a 3D animation of its deployment in orbit was shown in 2020.

In January 2020, Roscosmos announced its plans to launch the first nuclear-powered tug for testing in 2030 and begin its mass production soon after. The project is estimated at 4.2 billion rubles ($57 million).