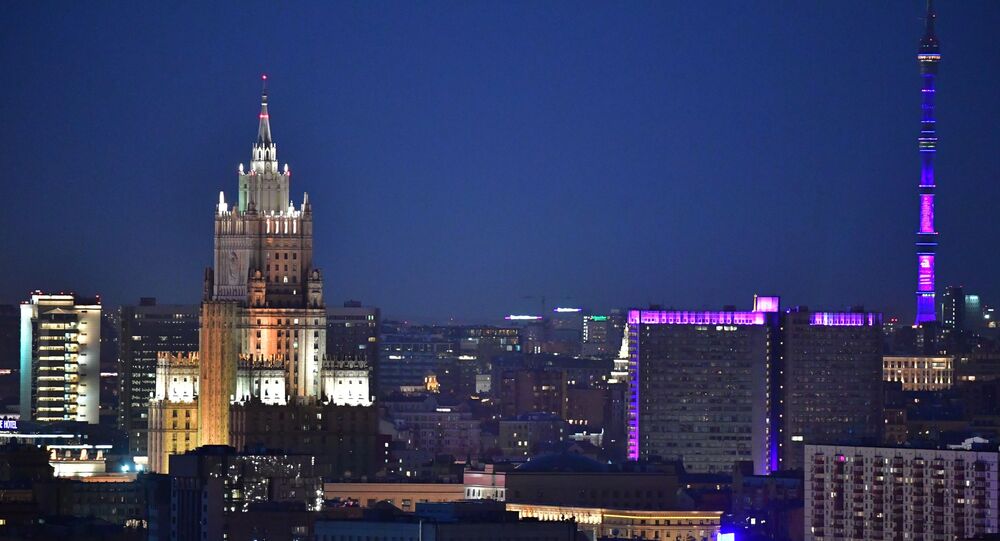 MOSCOW (Sputnik) - Russia condemns violence against civilians in Israel and Palestine, as well as any steps that complicate the possibility of restarting the negotiation process on the Middle East settlement, Russian Deputy Foreign Minister Sergey Vershinin said in an interview with Sputnik.

"We strongly condemn all manifestations of violence against civilians both in Israel and in Palestine, as well as any actions that complicate the possibility of restarting the negotiation process on a generally recognized international legal basis," he said.

© AFP 2021 / AHMAD GHARABLI
Hamas Leader Claims 'Victory in the Battle for Jerusalem' Amid Israeli-Palestinian Escalation
Moscow is in contact with all interested parties for de-escalation around East Jerusalem and is preparing a joint statement together with UN Security Council partners, Vershinin said.

"In coordination with the Chinese partners presiding over the UN Security Council, as well as delegations of other member states, we continue to work on the rapprochement of positions in relation to the current situation. In concrete terms, we are participating in agreeing on a consensus statement for the media," Vershinin said.

In addition, he added, "we maintain contacts with all interested players on a bilateral basis." In particular, the deputy minister noted, the topic of the Palestinian-Israeli escalation was touched upon during the phone conversation between the presidents and foreign ministers of Russia and Turkey.

"It also appears on the agenda of consultations with UN Secretary-General [Antonio] Guterres who arrived in Moscow. We are also determined to continue energetic efforts within the framework of the Middle East Quartet, which is the only internationally recognized mechanism for supporting the process of Palestinian-Israeli settlement," Vershinin said.