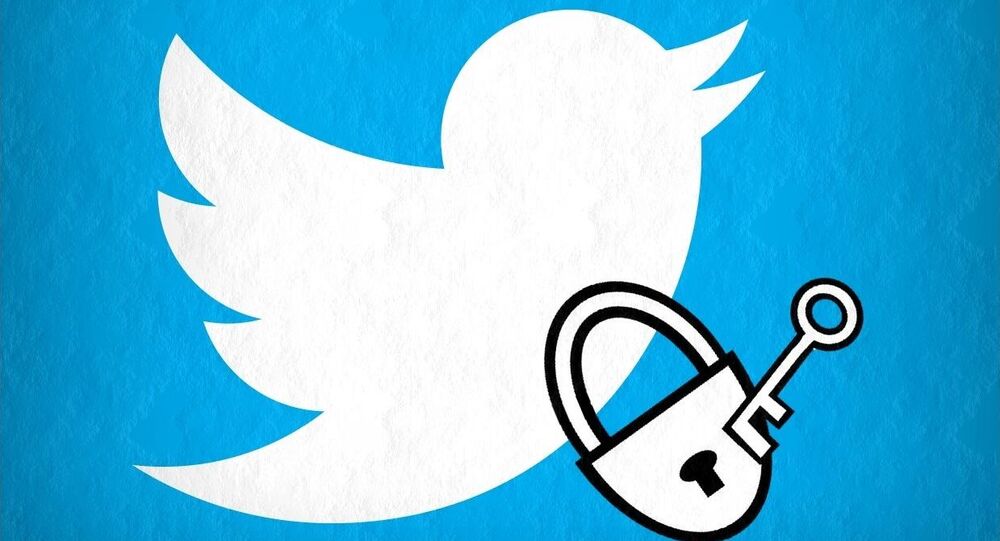 MOSCOW (Sputnik) - Russian media watchdog Roskomnadzor announced on Monday it would not proceed to full blocking of the Twitter social network on the Russian territory but would extend the traffic slowdown to 15 May.

On March 10, Roskomnadzor started slowing down the Twitter traffic speed on 100 percent of mobile devices and 50 percent of stationary devices in light of the online giant's failure to remove illegal content.

© AFP 2021 / DENIS CHARLET
Russian Court Fines Twitter For Failing to Remove 'Illegal Data'
In its fresh statement, the watchdog announced that after the measures were adopted, Twitter removed around 1,900 our of the total 3,100 posts with child pornography and materials promoting illegal drugs and suicide, which it had been reluctant to delete since 2017. The watchdog also noted that the Twitter administration was now removing prohibited materials more quickly.

"Taking into account Twitter's decision to change the principles and speed of its moderation service in Russia for the first time ever and to remove a significant share of the prohibited content, Roskomnadzor decided not to proceed to the next measure — complete blocking of the social network on the territory of the country — and to extend the Twitter traffic slowdown to May 15," the media watchdog said in a statement.

According to the watchdog, this means Twitter will be given extra time to remove all the prohibited content and bring its activities in full compliance with the Russian legislation.