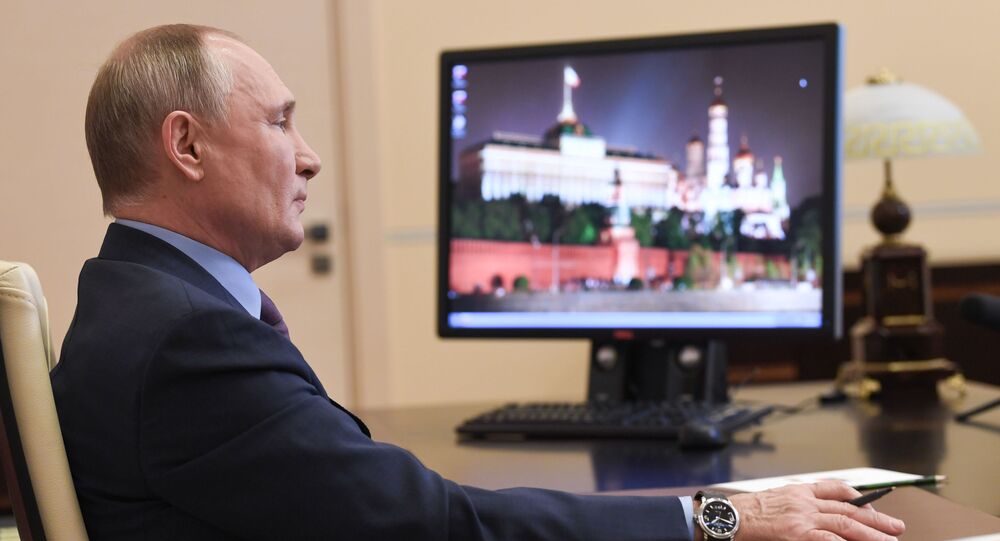 'That Would Be Wrong': Putin's Reasons for Not Maintaining Presence on Social Media Revealed

The president's spokesman pointed out that Putin is well aware of what's going on in the internet, even if he does not maintain an active presence there.

Kremlin spokesman Dmitry Peskov has revealed why Russian President Vladimir Putin has so far been reluctant to create a personal social media account.

During an interview with the Russian media, Peskov explained that Putin does not maintain a personal presence on social media because he "does not need it", and that the president does not want to set up an account that would be run by other people.

"He says it would essentially not be his account but somebody else's", Peskov stated, adding that "the president would not spend his time running that account", and that Putin wouldn't want his social media account run even by his own press secretary.

"It would be dishonest and wrong, that's what he thinks", Peskov remarked.

At the same time, the press secretary noted that Putin is aware of what's going on in the internet, in part because his relatives periodically show him information from social media, and also thanks to the digests prepared for him by his administration.