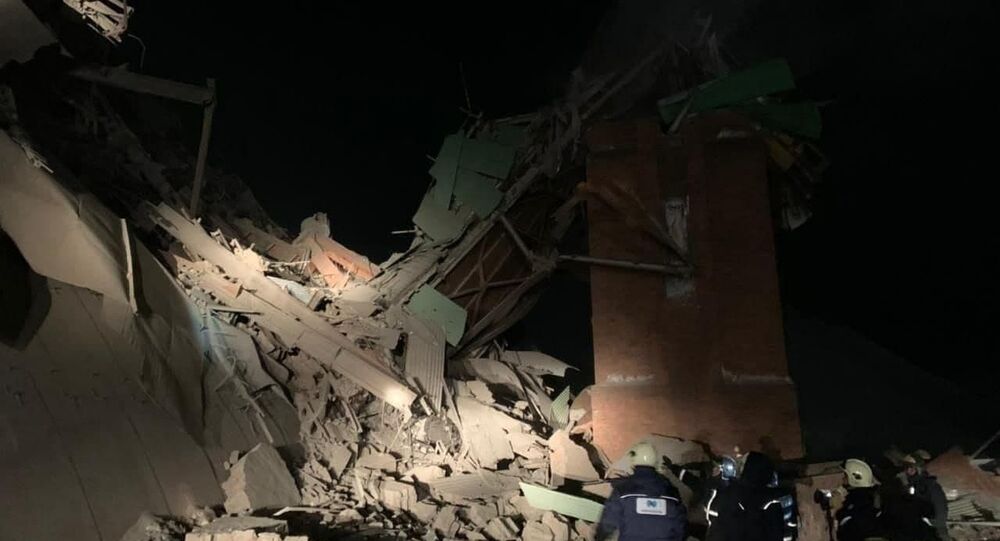 MOSCOW (Sputnik) – One person died on Saturday as a result of the crushing department's collapse at the Norilsk Enrichment Plant in Russia's Krasnoyarsk Territory, the Investigative Committee said.

In the early hours of Saturday, the crushing department of the Norilsk Enrichment Plant collapsed, leaving at least four people injured.

The first reports about the incident were received by the emergency services at 4:44 am (21:44 GMT on Friday).

"According to preliminary data, there were eight people under the debris. Two have rescued themselves, four have been saved by the rescuers, with one of them having later died in the ambulance vehicle. Two more people are being currently searched," a spokesperson for the Investigative Committee told reporters.

The search operation involves 181 people and 65 vehicles, the Ministry of Emergencies said.

Warning: some viewers may find the following footage disturbing

The square of the collapsed building stands at 1,000 square meters (more than 10,700 square feet).

The incident took place amid the repair work aimed at strengthening the structure of the crushing department, a spokesperson for the public prosecutor's office told Sputnik.

At Least Three Dead, One Injured After Building Collapse in Houston