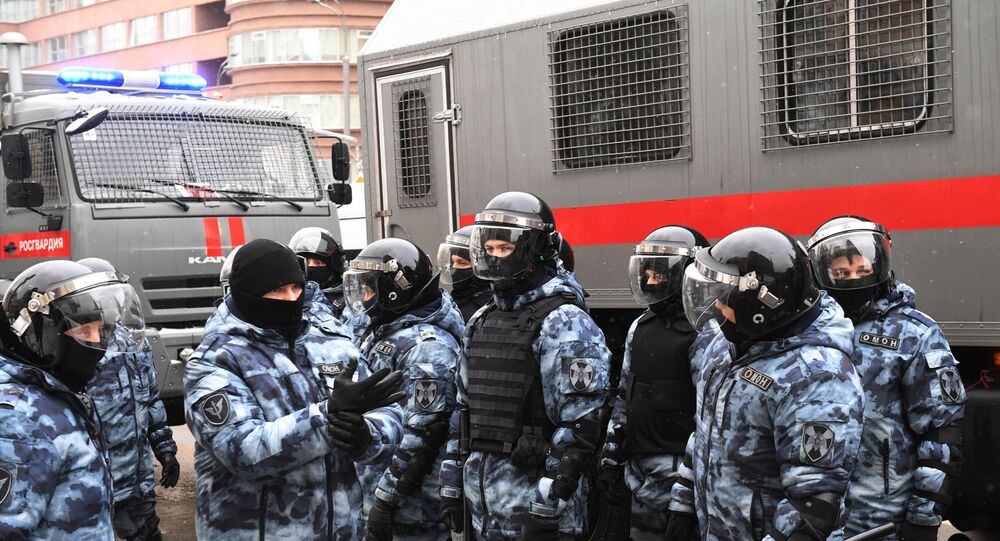 Unauthorised rallies in support of opposition figure Alexei Navalny hit a number of Russian cities on Sunday and have already resulted in the detention of dozens of participants.

Russia’s National Guard servicemen treated passers-by to hot tea in Moscow's centre on Sunday as they patrolled the streets of the Russian capital, where unauthorised rallies in support of opposition politician Alexei Navalny are being held.

Due to unauthorised rallies, some parts of Moscow were cordoned off by police officers.

Last weekend, a number of Russian cities were hit by similar protests in support of Navalny, who was detained in Moscow earlier this month for violating probation terms for an earlier embezzlement conviction. Last week's rallies were similarly not authorised and resulted in the detention of protesters, as well as the launch of criminal cases against several individuals.