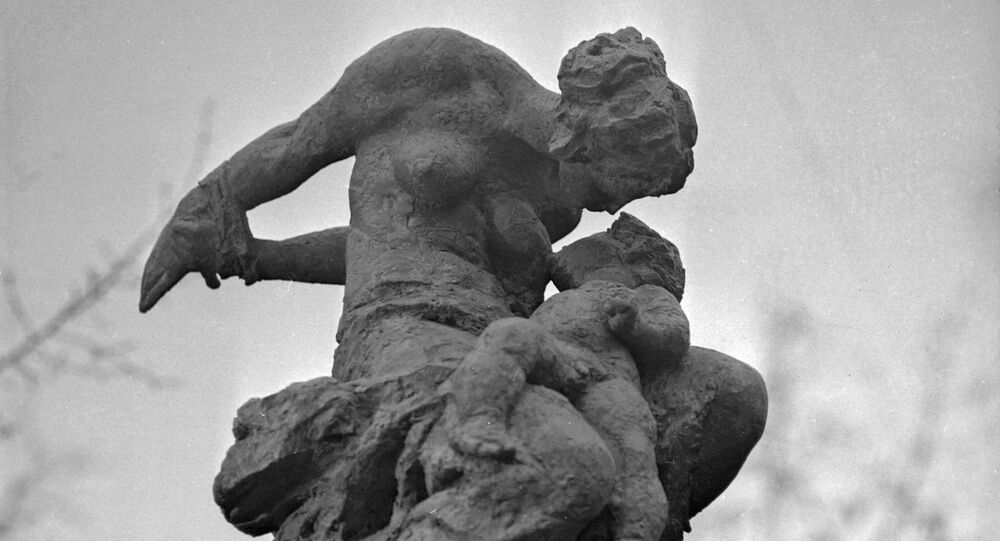 MOSCOW (Sputnik) - Russia's Federal Security Service (FSB) has released materials regarding the sentence imposed by the military tribunal of the Kiev military district in 1946 on 15 Nazis who committed the genocide of the Soviet civilian population on the Ukrainian territory during the Second World War.

According to the released documents, the tribunal found all the 15 persons on trial guilty in "the commission of mass shootings, atrocities and violence against peaceful Soviet citizens and prisoners of war, destruction of cities and villages, robbery of the population and deportation to slave labour.” The tragedy claimed the lives of over 150,000 people, including women and children, and affected hundreds of thousands of others.

The released materials contain the page with a death sentence imposed on 12 Nazis that was initially written by hand and later reproduced in a typewritten form.

"To death by hanging", the document said.

According to the materials, the military tribunal sentenced the other three Nazis to 15-20 years of hard labour.

The testimonies of the convicted Nazis, including SS-Gruppenführer Carl Burckhardt, set out in the materials prove that the armed forces of Nazi Germany sought to wipe out Soviet citizens to colonize the territory of the USSR.

"I believed that the more Soviet citizens were wiped out, the easier for us, Germans, it would be to pursue with our colonial policy", Burckhardt said.

The military tribunal of the Kiev military district, also known as the Kiev Nuremberg, was held in Kiev from 17-29 January 1946. The trial of 15 Nazi servicemen who engaged in mass killings and the deportation of the Soviet citizens settled in Ukraine was widely covered by the Soviet mass media, and the world could follow the process to ascertain the impartiality of the tribunal and see that the sentence imposed on the war criminals was legitimate.