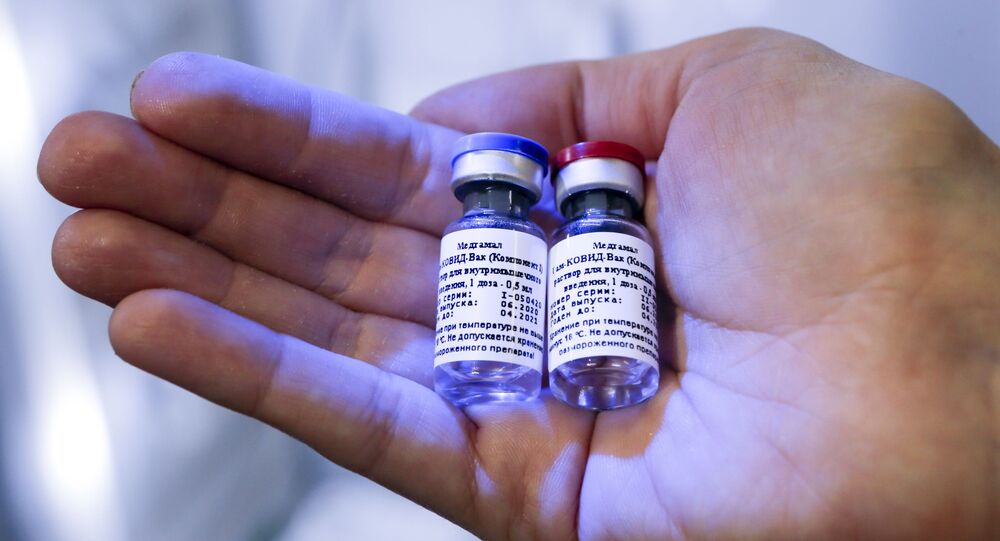 The first officially registered vaccine against COVID-19, developed by the Gamaleya Scientific Research Institute of Epidemiology and Microbiology, is now undergoing post-registration trials involving around 42,000 people in Russia and around the world.

"The WHO greatly appreciates the efforts that the Russian Federation has made to develop a vaccine against COVID-19, namely Sputnik V. Once again I want to thank Russia for its excellent efforts to create a safe and effective vaccine", Regional Director for Europe at the WHO Hans Kluge said after a meeting with Russian Minister of Health Mikhail Murashko.

Kluge expressed confidence that the ongoing post-registration trials of the Russian vaccine will be successful and thanked all the volunteers who agreed to take part in the testing.

"Now Russia has started the third phase of vaccine testing, when the safety and effectiveness of the vaccine will be tested on a very large group of people. I am sure these results will be positive. [...] Since I have been working in Russia for many years, I know that Russia has a very rich history in the development of vaccines and their production, as well as immunisation", he added.

He also stressed that Russia had helped him to provide aid to Central Asian countries amid the pandemic and had generally shown its commitment to global solidarity.

On 11 August, Russia's Gamaleya Research Institute officially registered the world's first vaccine, dubbed Sputnik V. Two successful phases of clinical trials have proved that the Russian vaccine was capable of building an immunity against the virus in all of the volunteers involved in the tests. Currently, Russia is carrying out post-registration clinical trials of Sputnik V, involving over 42,000 people in Russia and around the world.