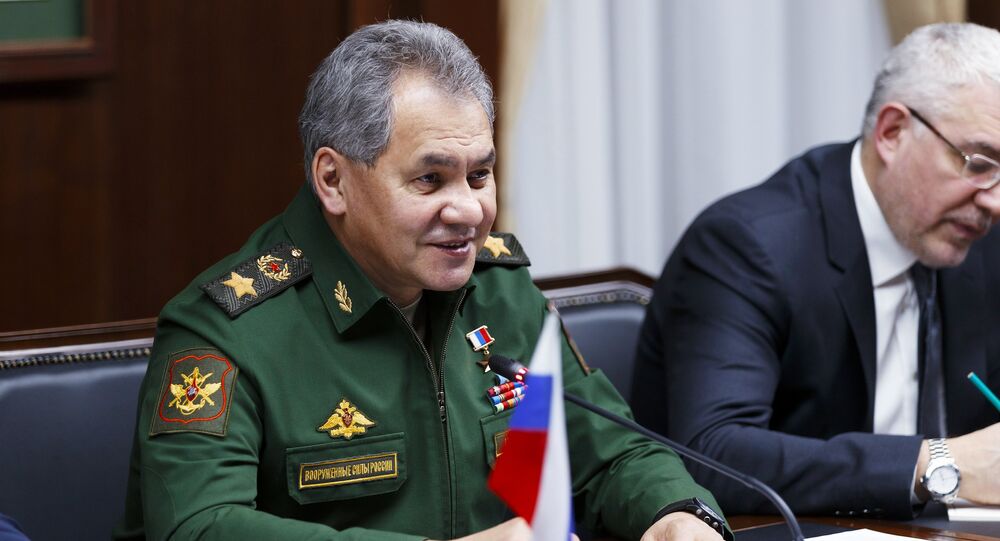 MOSCOW (Sputnik) - Russian Defence Minister Sergei Shoigu said Friday he had been inoculated with the country's coronavirus vaccine, according to the Defence Ministry.

"When asked by his foreign colleagues, Sergei Shoigu said he had recently been inoculated with the Russian coronavirus vaccine", the ministry said.

The statement was released as Shoigu is taking part in a meeting of defence chiefs from the Commonwealth of the Independent States, the Shanghai Cooperation Organisation, and the Collective Security Treaty Organisation on Friday.

Russian Trade Minister Denis Manturov earlier said he had been inoculated with the vaccine, adding that he had a slightly higher temperature the first day.

President Vladimir Putin has stressed that the vaccine is safe, stating that his own daughter also took it, and is feeling fine.

The world's first vaccine, dubbed Sputnik V, was developed by the Gamaleya Institute and officially registered on 11 August. Though the drug is still being tested, with the third phase of clinical trials underway, Russian health officials streesed it has a proven capability to produce stable immunity against the coronavirus.