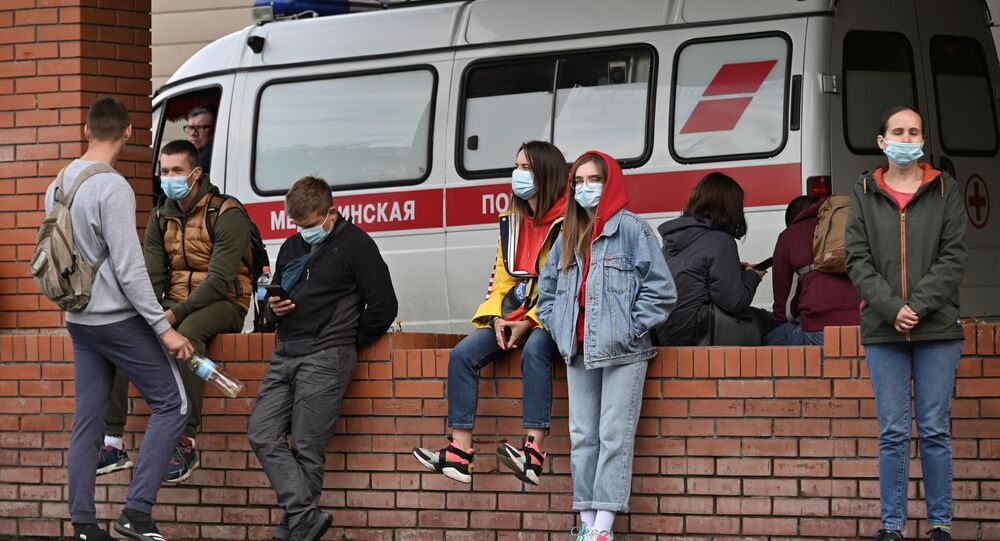 MOSCOW (Sputnik) - A doctor involved in Russian opposition figure Alexei Navalny's treatment in Russia said his close allies had created a media circus around his medical condition, in sharp contrast to the activist's family.

"The family was extremely polite and attentive toward us. But people close to them started a media bacchanalia and could not tell apart doctors from the administration. They are the same people who complain about state propaganda, but they outdid everyone", said Boris Teplykh, the head of the Department of Anesthesiology and Intensive Care Medicine at the Moscow-based Pirogov National Medical and Surgical Centre.

The 44-year-old blogger fell ill on a flight to Moscow and was taken to a hospital in the Siberian city of Omsk on Thursday. His family and friends asked for him to be transported to Germany for treatment after he went into a coma. He was airlifted to Berlin and admitted to Charite clinic on Saturday.

The blogger's wife Yulia and his brother Oleg were with Navalny at the Omsk hospital, together with his spokeswoman Kira Yarmysh, his doctor Anastasia Vasilyeva and the Anti-Corruption Foundation's director Ivan Zhdanov.