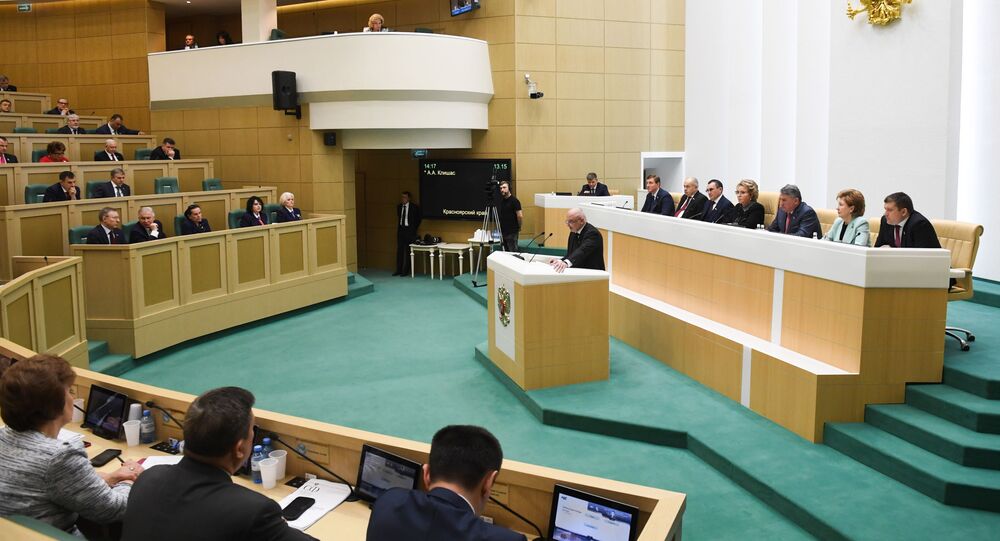 MOSCOW (Sputnik) - The upper house of the Russian parliament passed on Friday a bill on multi-day voting in elections of all levels.

The format will now be extended to local elections and elections to the lower house of the Russian legislature. In compliance with the decision of the electoral commission, a referendum and a vote in elections (including a run-off vote) can be held during several consecutive days, but no longer than three days.

The vote count will start immediately after the closure of polling places on the last day of the vote.

The upper house of the Russian parliament, the Federation Council, has also passed a bill qualifying violations of Russia’s territorial integrity, including alienation of territories, as extremism.

The Federation Council has denounced the 2014 agreement with Kazakhstan on using the Balkhash radar station as part of the Russian missile warning system and its transfer to Russia.

The Balkhash node includes the Dnepr radar, used as part of the Russian missile warning and space control system. The Russian Defence Ministry has explained that the Balkhash node has become redundant after the commissioning of four new radar stations in Russia.

© Sputnik / Mikhail Klimentyev
Putin: Adoption of Constitutional Amendments Right For Russia
The Balkhash radar station will be transferred to Russia before the agreement expires. The agreement can be denounced by any party and the relevant notification must be sent at least six months before its expiration.

The commander of the Russian Aerospace Forces, Alexander Golovko previously said that the Balkhash was capable of detecting missiles at the distance of up to 1,900 miles, while the range of new radar stations in Barnaul, Omsk and Armavir is two times wider.