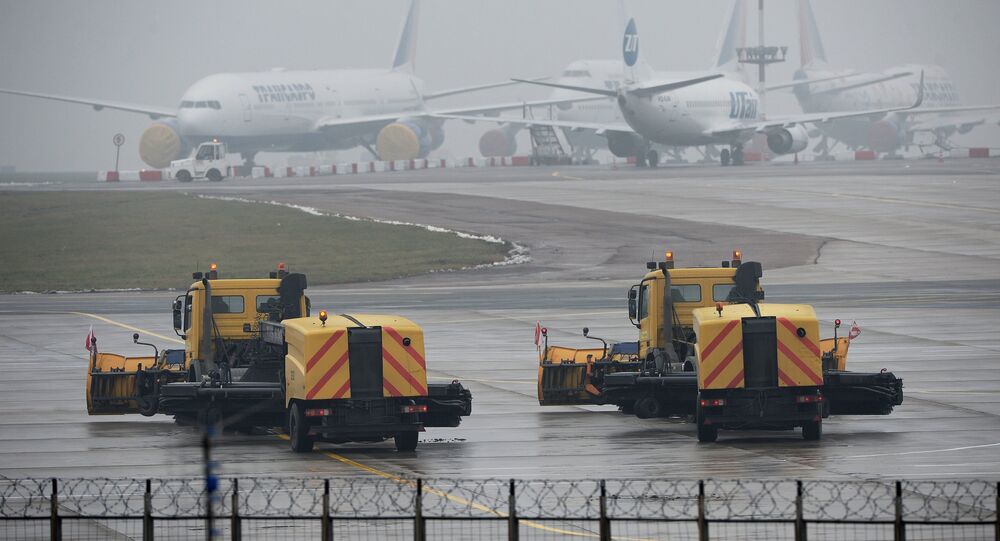 MOSCOW (Sputnik) - The Solntsevsky court of Moscow found on Thursday three defendants in the case of the death of Christophe de Margerie, the former CEO of French oil and gas company Total, in a plane crash in Vnukovo Airport.

The defendants include Vnukovo flight director Roman Dunaev, as well as air traffic controllers Alexander Kruglov and Nadezhda Arkhipova. They deny blame for the incident.

"Dunaev, Kruglov, Arkhipova committed a violation of the rules for the safety of the vehicle, which inadvertently resulted in the infliction of large damage and the death of two or more persons", judge Ekaterina Grishina said when announcing the verdict.

It is expected that today the court will announce the operative part of the decision, which includes the punishment.

During the debate, the prosecutor asked the court to sentence Dunaev to 6 years 2 months in prison, Kruglov to 6 years, Arkhipova to 5 years 10 months. This case has been heard since October 2018 and took almost 80 court sessions.

In July 2017, the same court sentenced snow cutter driver Vladimir Martynenko, who is directly responsible for the crash, to four years in prison, and senior shift engineer Vladimir Ledenev to 3.5 years. However, in connection with an amnesty in honor of the 70th anniversary of Victory in the Great Patriotic War, they were released from responsibility.

The prosecution believes that Arkhipova negligently did not follow the movement of special equipment on the airfield, and Kruglov allowed the trainee dispatcher to give the Falcon crew the go-ahead to occupy the runway where the snow cutter was operating, and start takeoff.

Dunaev, in turn, did not follow the work of the dispatchers, "showed inaction." At the same time, as noted by the state prosecutor in court, airport employees had access to special equipment, including a radar, which indicated that there was a snow cutter on the runway.

Thus, according to the prosecution, the defendants violated many job instructions and rules, which ultimately provoked the tragedy. On the night of October 21, 2014, the plane crashed into a snow cutter and caught fire, four people on board were killed.

Initially, the trainee dispatcher was also charged in the case, but the charges against her were ultimately dropped.