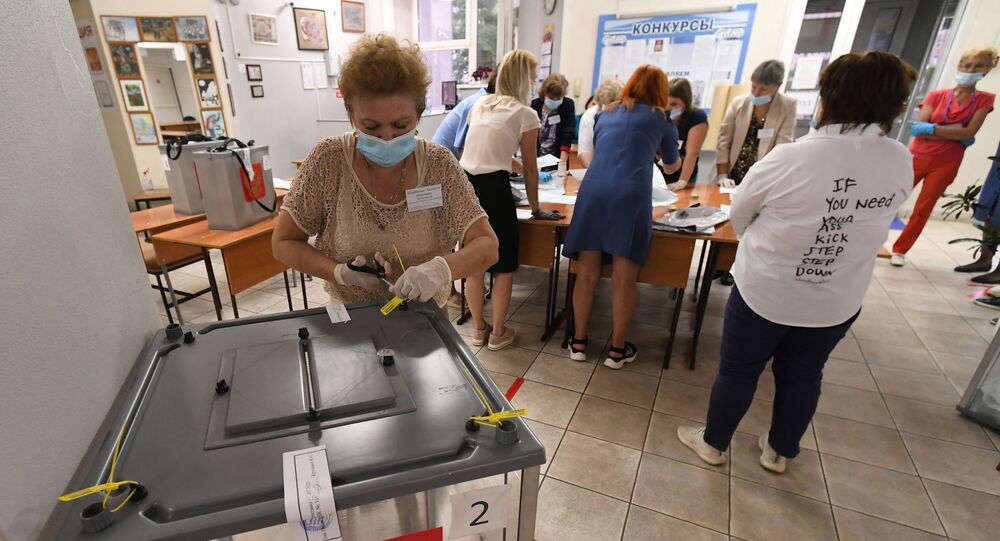 The all-Russian vote was originally scheduled for 22 April 22, but was then postponed to 1 July due to the COVID-19 outbreak.

A total of 77.92 percent of Russians have backed amendments to the country's constitution, and 21.27 percent have voted against them, the Central Election Commission (CEC) said on Thursday, after 100 percent of the ballots were processed.

"There is no doubt that it is legitimate, but this will be officially confirmed at a CEC session that will take place very soon," Russian Central Election Commission (CEC) head Ella Pamfilova said on Thursday.

Pamfilova revealed on Wednesday that, according to the preliminary data, almost 65 percent of Russian citizens cast their ballots in the vote on constitutional amendments.

The CEC chairwoman noted that the extremely low number of violations were detected in the course of the vote, adding that the online format of voting that was available in Moscow and the Nizhny Novogorod Region proved to be popular among their residents.

The turnout includes the votes cast from June 25 until polls close at 8:00 p.m. local time.

Earlier in the day, Chief of Main Directorate for Political-Military Affairs of the Russian Armed Forces Andrey Kartapolov stated that over 99 percent of Russian military servicemen participated in voting on the amendments.

"In the Armed Forces, the all-Russian vote on the constitutional amendments proposed by the president [Vladimir Putin] is almost over by now. We, as usual, actively participated in the voting … more than 1.5 million people voted. The turnout is 99,991 percent, according to our estimates," Kartapolov told reporters.

Commenting on the voting, Helene Laporte, a European Parliament member who observed the process, stated that it complies with all democratic and sanitary standards.

"The second round of municipal elections just ended in France, and, comparing these elections, I can say that the voting here [in Russia] meets all the democratic requirements ... The right to vote has been granted to absolutely everyone, even disabled persons and those who cannot get to a polling place can vote at home," Laporte said at a briefing at Russia’s Civic Chamber.

The vote seeks to introduce amendments to Russia’s 1993 constitution, which will include protecting the institution of marriage as the union of a man and a woman, setting children as a priority of Russia's domestic policy and an obligation to support and protect culture as the unique heritage of Russia's multi-ethnic nation. Other amendments will confirm that Russia safeguards historical truth and honours the efforts of the defenders of the motherland.

© Sputnik / Ramil Sitdikov
From Adoption in 1993 to the Present Day: A History of The Russian Constitution
The amendments envision a limit of two consecutive six-year terms for the president of the Russian Federation.

The provision applies to the president at the time the legal changes enter into force, not taking into account the number of terms previously served in this position, thus paving the way for President Vladimir Putin to run again after his current term ends in 2024.