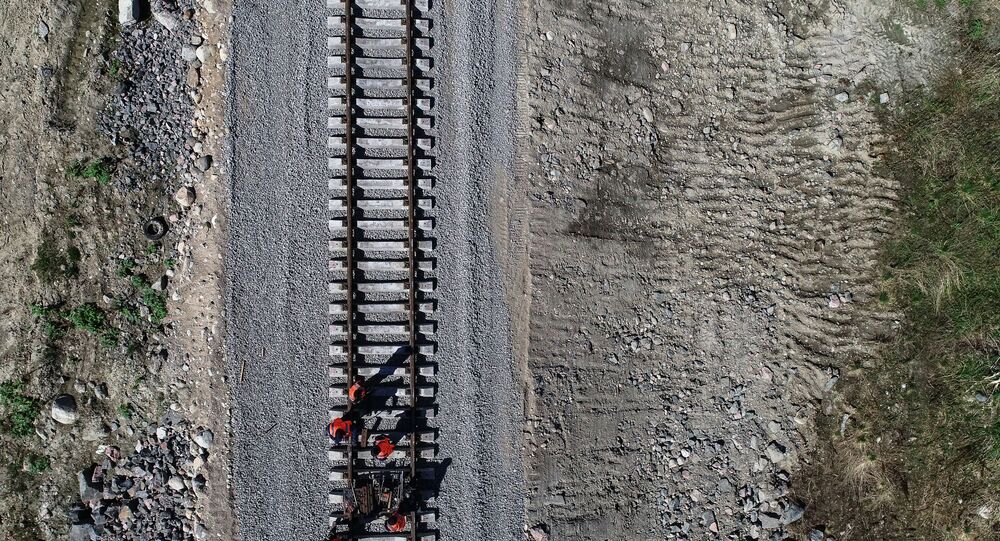 In a move to develop the area around the terminal, the authorities of the Leningrad Region are planning to build houses and all the necessary social infrastructure for those who will be working there.

A terminal in the town of Ust-Luga in the Leningrad Region, Russia, has received its first freight train, which arrived via a new railway junction, with the region's governor, Alexander Drozdenko, observing the event.

“There is no need to allocate land on the coast anymore, what is built here will be enough for the largest producers. The project allows us to carry out the entire export transhipment of fertilisers in Russian ports. We are fulfilling the assignment given by Russian President Vladimir Putin at the Council for the Development of Transport Infrastructure in Kaliningrad. The fishing village of Vistino, which was known for producing tasty sprats in Soviet times, will receive a new impetus for the development", Drozdenko said.

The governor thanked the Russian Ministry of Transport, the Ultramar transportation company, and Russian Railways for their cooperation.

© Photo : Youtube/Sputnik
Eye-Popping Installation of Railway Arch on the Longest Bridge in Russia
The terminal, which is supposed to become the largest in Europe for the transhipment of fertilisers, is located on the shores of the Gulf of Finland. 34 domed warehouses will be built on a small area of land and will be capable of housing a significant amount of cargo - up to 25 million tons of fertilisers will pass through the terminal annually.

Thanks to the environmentally friendly technology used in the warehouses' construction, the fertilisers will not come in contact with the environment.