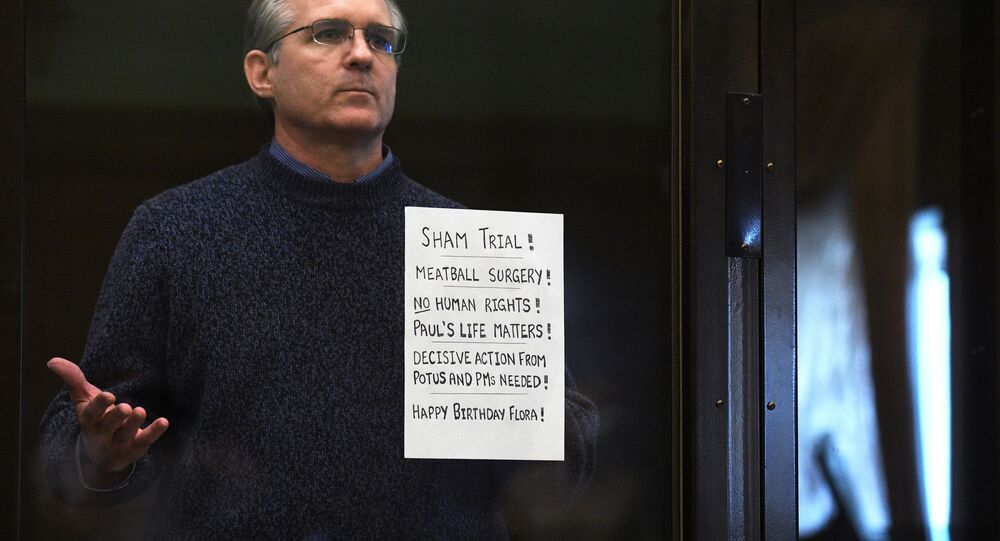 MOSCOW (Sputnik) - The Moscow City Court sentenced on Monday US citizen Paul Whelan to 16 years in a high-security prison on espionage charges, a Sputnik correspondent reported from the courtroom.

"To inflict a sentence of 16 years of imprisonment, the sentence is due to be served in a high-security penal facility," the judge said.

The prosecutor asked to sentence Whelan to 18 years. Whelan insists on his innocence, he said he would contest the sentence.

Commenting on the court's decision, US Ambassador to Russia John Sullivan said that the sentence will affect the bilateral relations, noting, however, that the dialogue will not cease anyway.

Sullivan expressed the belief that there was no evidence proving Whelan's guilt.

At the same time, the Russian Foreign Ministry noted that it has offered different schemes to the US on possible exchange of Mr Whelan.

"As for the exchange in general, as a conceptual approach, we have offered options many times, we have said which US citizens serving a sentence in the Russian Federation could be exchanged for Russian citizens, serving a sentence [in the US], most often on unsubstantiated and illegal charges. Our position remains unchanged," Deputy Foreign Minister Sergey Ryabkov said.

© Sputnik / Ilya Pitalev
Family of US Spy Suspect Whelan Says Hopes for Clemency
At the end of 2018, the Russian authorities detained Paul Whelan, who is also a citizen of the United Kingdom, Canada and Ireland, on charges of espionage.

Mr Whelan has maintained that he is innocent and has insisted that he came to Russia to attend a friend's wedding. According to information provided to the Russian court, Mr Whelan had been visiting Russia regularly since 2007.