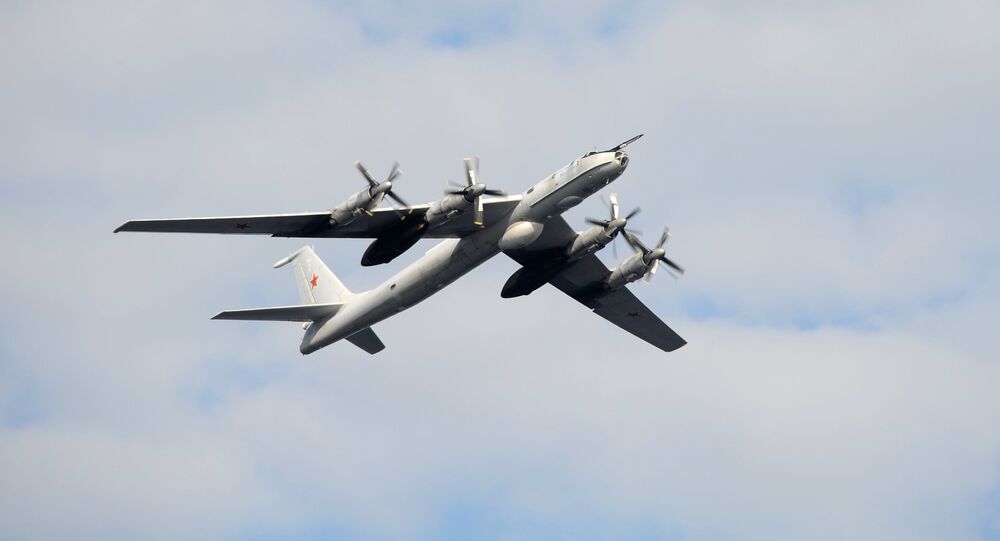 MOSCOW (Sputnik) – Two Tu-142 anti-submarine jets of Russia's Northern Fleet have carried out training flights over the Sea of Barents, the Norwegian Sea and the North Sea, the fleet's press service said.

"Two crews of long-range Tu-142 anti-submarine jets of the Northern Fleet have carried out a scheduled training flight over the neutral waters of the Sea of Barents, the Norwegian Sea, and the North Sea. The flights lasted for more than 12 hours", the fleet said in a statement on late Wednesday.

According to the statement, during some stages of the flights, the Russian jets were shadowed by Norwegian F-16 and F-35 fighters as well as British Typhoon fighter jets. The flights were carried out in strict accordance with the international rules and regulations, the fleet added.

The Tupolev Tu-142 is a maritime patrol version of the Tu-95 strategic bomber, designed primarily for anti-submarine warfare. It can also be used for anti-shipping, reconnaissance, electronic intelligence, search, and rescue missions. The aircraft is operated by a crew of 11 men.

On Wednesday, two Tu-160 bombers conducted an eight-hour regular flight over the neutral waters of the Baltic Sea, with NATO warplanes escorting the Russian combat aircraft at certain stages of the mission.