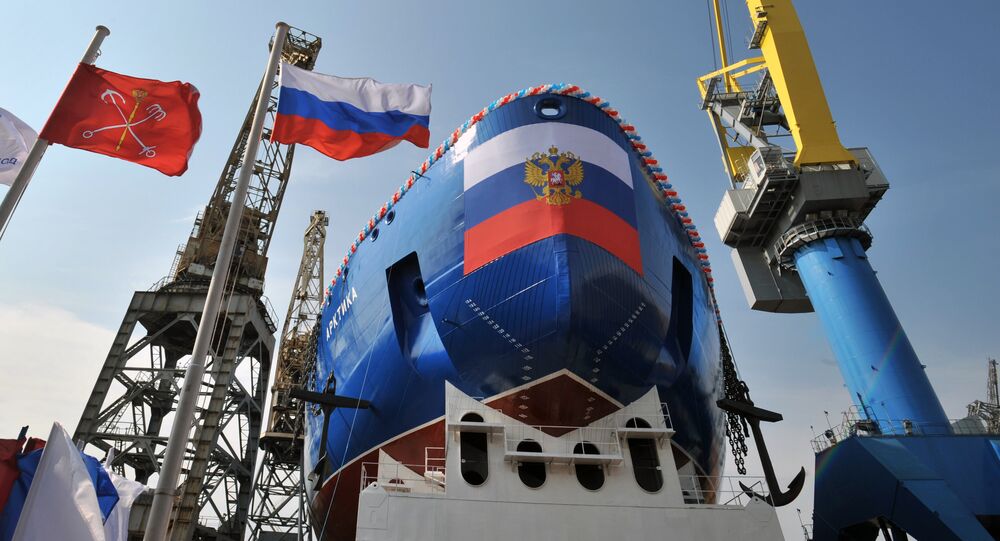 The AR-project provides a unique opportunity to see the Arktika, a next-generation Russian icebreaker that is currently the largest and most powerful in the world. Users will not only get a full view of the vessel itself, but discover its features, learn how it was built, and see its heart — the nuclear reactor.

The reconstruction will feature the icebreaker travelling through ice, and for a greater immersion experience, the voyage is enhanced by the sounds of water, crushing ice, and roaring bears. Meanwhile, users can learn about the significance of the Northern Sea Route and what role icebreakers play in modern navigation.

"Augmented reality is one of the most promising technologies to date. We see how active experiments are going on in the development and implementation of AR-projects in various fields. And we also see numerous and successful experiments in the development of sensory devices that will make the format truly massive", Natalya Loseva, deputy editor-in-chief of the Rossiya Segodnya news agency, which Sputnik is a part of, said.

This AR-project is the first in the "Layout" series. Each new project will be dedicated to explaining complex mechanisms, devices, or technologies.

© Sputnik / Alexei Danichev
The Arktika icebreaker at the Admiralty Shipyards in St. Petersburg

"Layout. Nuclear-powered icebreaker Arktika AR reconstruction" is available in the RIA.Lab app, which can be downloaded on iOS devices in the AppStore and Android on Google Play. Viewing the project does not require additional equipment.

In 2019, Rossiya Segodnya's journalistic projects in augmented and virtual reality formats won prizes in Russia, as well as international awards, such as the World Association of Newspapers and News Publishers' (WAN-IFRA) European Digital Media Awards and the IPRA Golden World Awards 2019, among others.