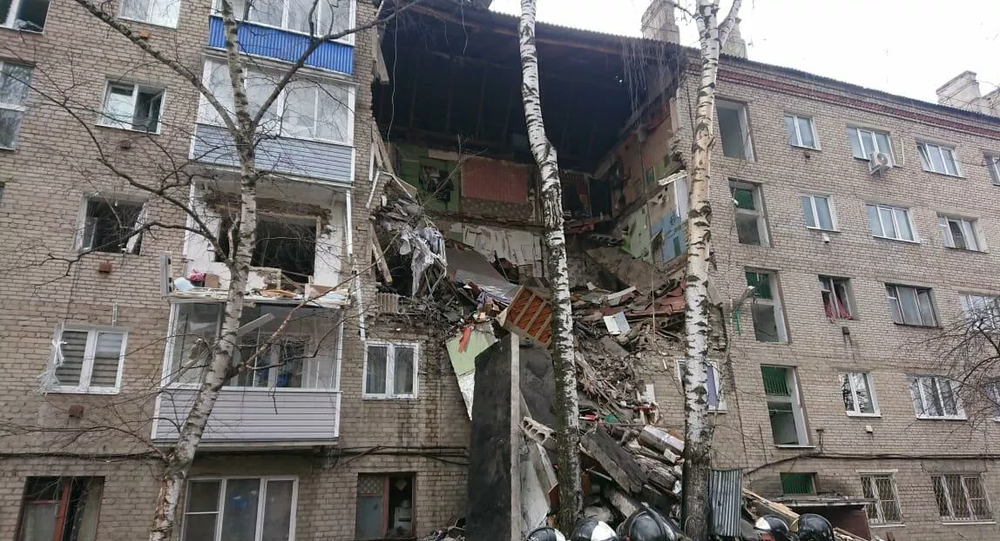 Authorities say the building was rocked by a gas explosion on the third floor.

A five storey apartment building in the Moscow Region city of Orekhovo-Zuyevo suffered a partial collapse Saturday in a gas explosion, Russia's Ministry of Emergency Situations has confirmed.

Three people have been killed in the blast. Eight others were injured, three of them seriously enough to  require intensive care. Four residents remain unaccounted for.

A motorist driving in the area appeared to have filmed the situation on the scene just moments after the explosion, thought to have taken place shortly after 1:30 pm local time. A second video which has appeared online shows the explosion's aftermath, with a chunk of the brick building seemingly ripped apart, its third, fourth and fifth floors totally destroyed.

​Moscow Region governor Andrei Vorobyov has announced that he has taken personal command of the emergency response, with the regional Ministry of Emergency Situations chief also sent to the scene.

Rescue workers have begun searching for survivors in the rubble using a rescue sniffer dog.

A ministry source has confirmed to Sputnik that the blast occurred following the explosion of a gas-fired water heater.

The explosion comes just days after authorities in most Russian regions, including the Moscow Region, tightened measures to slow the spread of the COVID-19 pandemic, urging people to stay indoors. Some people moved out to their dachas, or country houses, to wait out the quarantine, while others have remained in cities.

In most Russian cities, apartments use gas-powered central heaters located in boiler buildings separate from apartment buildings. However, gas lines also run inside buildings to power stoves. Some older buildings also make use of gas-fired water heaters, which heat up water on the spot. Problems with the latter are thought to have caused the Orekhovo-Zuyevo blast.