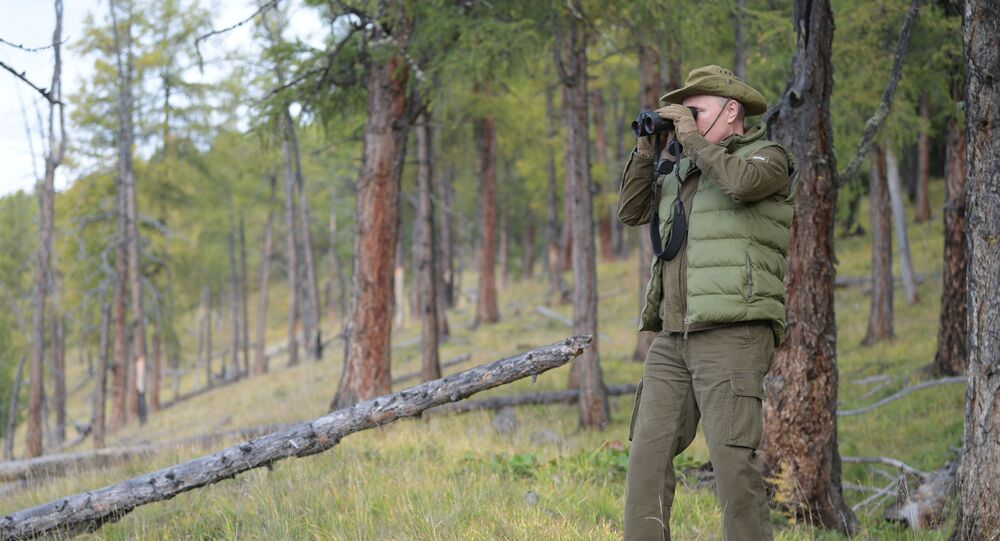 Russian Minister of Defence Sergei Shoigu accompanied the Russian leader on his serene hike through one of Russia's vast coniferous forests.

Russian President Vladimir Putin took a walk in the Taiga woods in Russia's Siberia on the eve of his 67th birthday, which he will celebrate on 7 October.

Putin took home a pinecone as a souvenir from his trip, while Shoigu dug up a cowberry bush that he intends to plant at his country house.

Putin was born on 7 October, 1952 in Leningrad (present-day Saint Petersburg).

Last year, the Russian leader similarly decided to spend his birthday in the wild, choosing Sayano-Shushenski Nature Reserve as his destination.