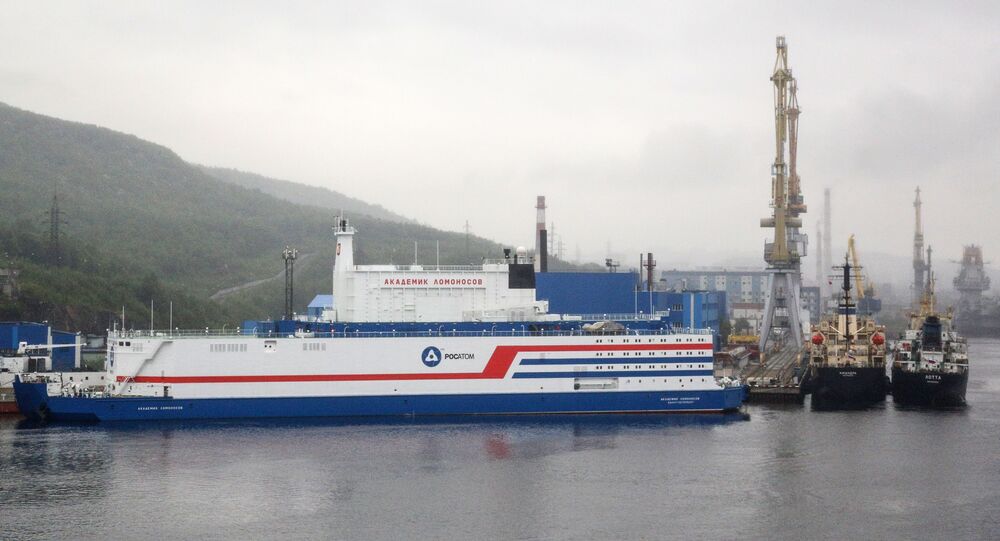 "I strongly hope that an already-optimized unit will become one of the elements of our overseas sales in the next decade," Likhachev said.

He was speaking at the send-off ceremony for the world’s first floating power unit, Akademik Lomonosov, which is now sailing to Chukotka where it will serve as an energy source.

According to Likhachev, foreign partners show a considerable interest toward Russian FPUs, which will help provide electricity to island and coastal nations throughout the world.

The development of floating nuclear power units started in 2000, while the construction of Akademik Lomonosov began in 2007. The unit has two KLT-40C reactors, similar to the ones used on icebreaker vessels and capable of providing enough energy for a city populated by 200,000 people.

Akademik Lomonosov is the flagship of Russia's Project 20870 on mobile transportable power units of low power. The unit is equipped with two KLT-40S reactor units, each capable of generating 35 megawatt of power, which is enough to provide electricity to a town with a population of around 100,000 people.