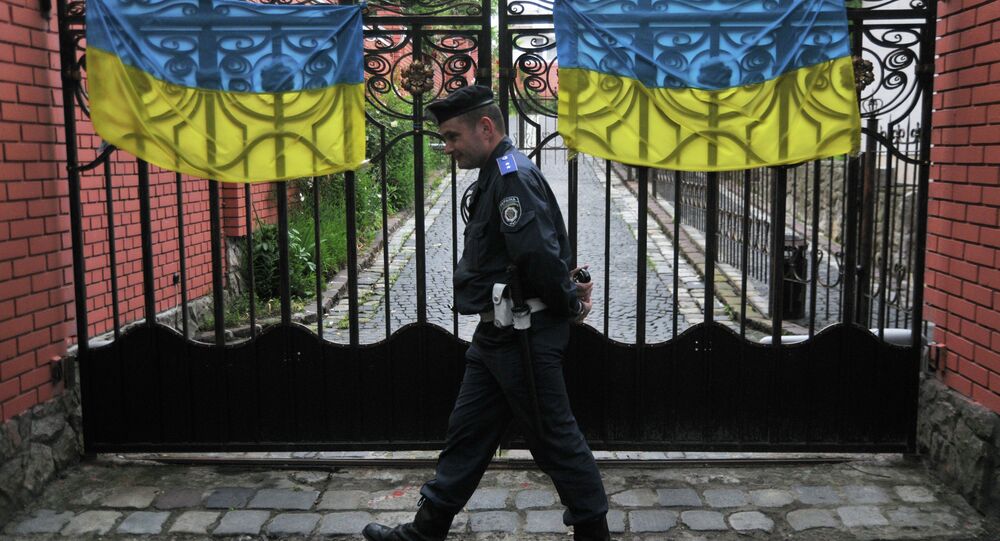 MOSCOW (Sputnik) - A diplomat from the Consulate General of Ukraine in St. Petersburg has been expelled from Russia as a reciprocal response to Kiev's actions against a Russian diplomat, which occurred in May, the Russian Foreign Ministry said on Tuesday.

“Back in May 2019, the Ukrainian security services set up a provocation, declaring a diplomat from the Consulate General of Russia in Lviv persona non grata without a reason. Kiev did not present evidence of any unlawful activity conducted by our diplomat that went beyond fulfilling his professional duties related to the work of the consular mission", the ministry said in a statement. "In response to such an unfriendly and unfounded move by Kiev, the Russian side was forced to declare, on a reciprocal basis, a diplomat from the Consulate General of Ukraine in St. Petersburg persona non grata."

The Russian Foreign Ministry condemned the internal political games in Ukraine which prompted the Ukrainian security services to withhold the information about the assignment of persona non grata status to the Russian diplomat for three months.

Ties between Russia and Ukraine have significantly soured since Crimea's reunification with Russia in 2014, which has not been recognised by Ukraine or Western states, who subsequently imposed economic and political sanctions on Moscow.