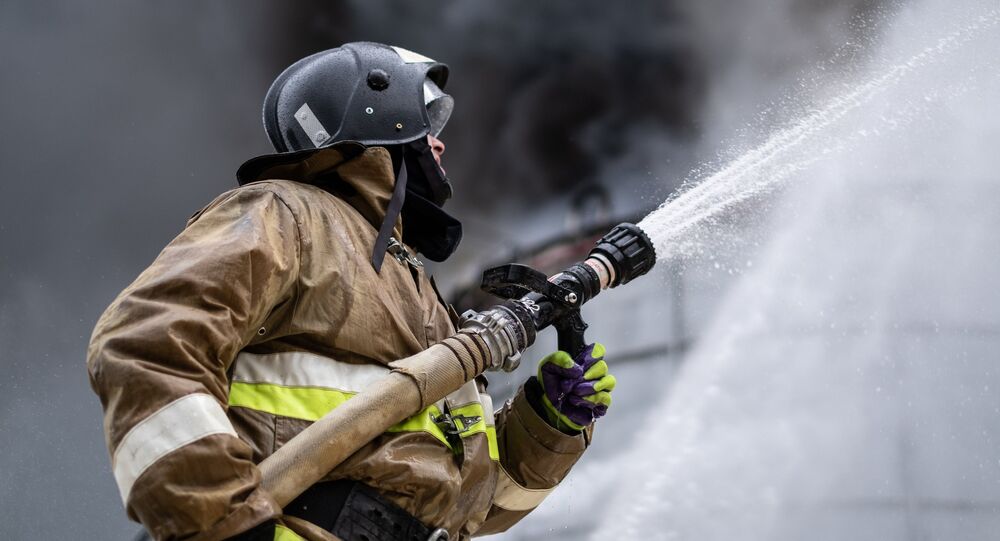 A fire and an explosion have taken place on the territory of a military unit located near the city of Achinsk in Russia's Krasnoyarsk region, according to the central military district administration.

Fire source is currently being localized at a military depot in Russia's Krasnoyarsk region, with fire-fighting armored vehicles engaged in the operation, the press service of the Central Military District said.

"Regular alert crews have taken measures to prevent fire from spreading and ensure security on the site. Fire source is currently being localized, with fire-fighting armored vehicles from the depot's fire-fighting crew engaged in it," the press service said.

A representative of the regional emergency services said that the depot could house over 40,000 of 142mm and 152mm caliber projectiles.

One child and three adults were injured after an explosion at an ordnance depot in Russia's Krasnoyarsk region, which led to a fire, a representative of regional emergency services told Sputnik on Monday.

"Four people turned to doctors for help, one of them was a child," the representative said.

At the same time, a local health authority said it did not have any information about the injured.

Earlier data indicated that two people had been injured.

About 11 thousand people are being evacuated from areas of the city of Achinsk, according to authorities.

Residents of the city of Achinsk in Krasnoyarsk Territory are preparing for evacuation after the emergency of a military unit, Achinsk mayor Eli Akhmetov said earlier.

The population is being evacuated from a 20-kilometre zone around the artillery warehouse of the Defence Ministry, where shells exploded, a spokesman for the region’s emergency services said.

“The population is being evacuated from the 20-kilometer zone,” the source said.

According to emergency services, 12 buses have been allocated for the evacuation of people. There are plans to evacuate people to the village of Yastrebovo.

According to preliminary information, the fire at an ordnance depot located near the city of Achinsk, Russia's Krasnoyarsk region, has been caused by a shell burst, a representative of the regional emergency services said on Monday.

"A shell burst and a fire have hit the territory of an ordnance depot of a military unit near the village of Kamenka," the representative said.