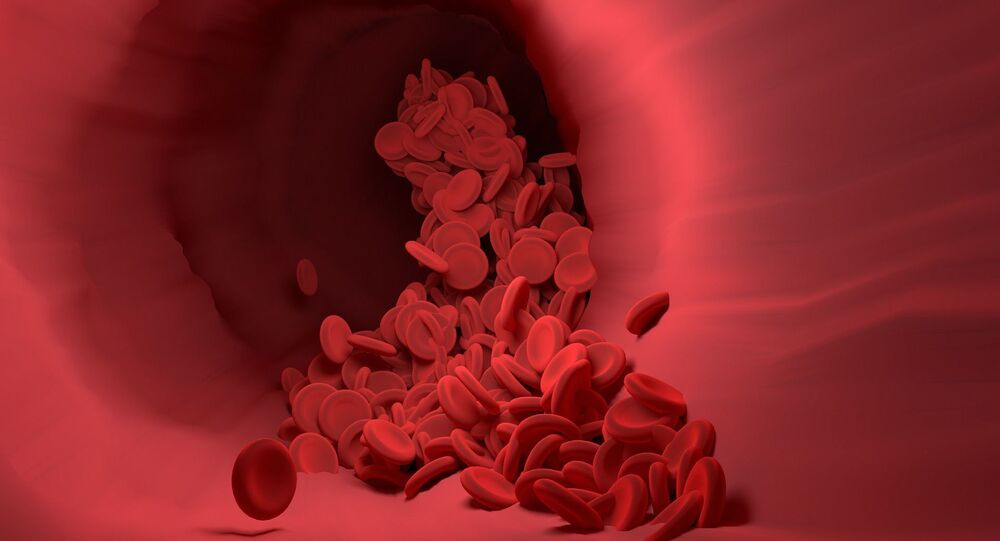 An international team of scientists from Russia, Germany, the UK and China In collaboration with Tomsk Polytechnic University has developed a vessel implant coating for safe drug delivery. The innovation features arrays of microchambers that prevent stenosis and recurrent blood clotting. The findings were published in the European Polymer Journal.

Drug-loaded implant coatings are not new, but were previously unable to guarantee successful recovery due to the absence of controlled release of the drug from the coating.

To solve this problem, TPU scientists and their colleagues suggested using a biodegradable drug depot system. It is a film equipped with arrays of microchambers, each of which is a cylinder of 5 microns in diameter and 3 microns in height.

“We loaded the microchambers with a model drug substance, water-soluble fluorescent dye substance Rhodamine B with 76 percent efficiency, with cargo capacity of each microchamber being 2.88 × 10−9 µg,” said Sergei Tverdokhlebov, one of the research authors and a research fellow at TPU’s Weinberg Research Center.

© Flickr / Wan Mohd
Russian, Czech Scientists Invent Biodegradable Nanofiber Bandage for Fast Healing
The researcher added that “the substance was completely released in vitro during 13 days in PBS at 37 °C.”

The release of the drug can be sped up with the help of ultrasound that destroys the loaded microchambers, the scientist stated.

The developed coating can also be used in coronary stents, providing an additional pharmacological effect. The controlled release of the required drug prevents stenosis and recurrent blood clotting.