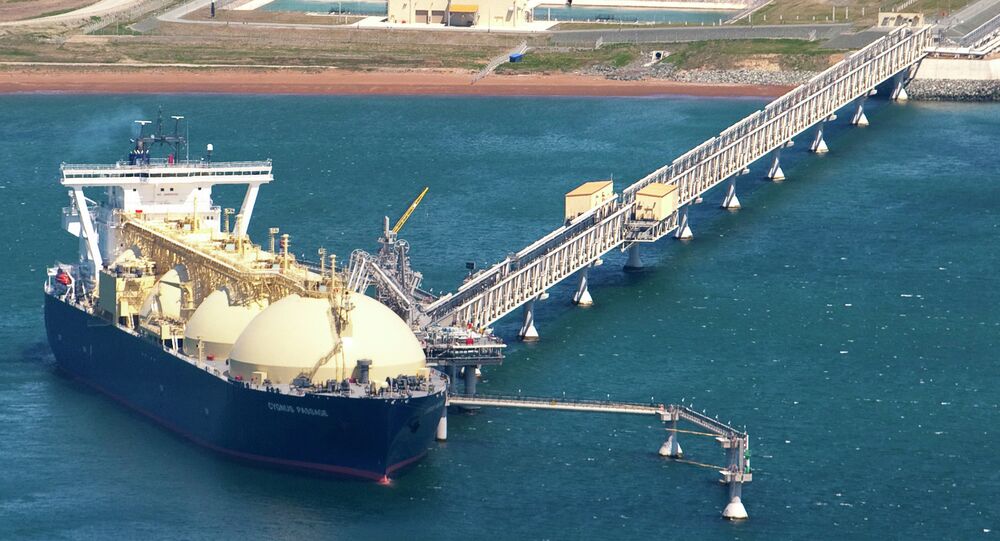 Russian Energy Minister Alexander Novak and his Saudi counterpart Khalid Al-Falih have held a joint press conference in Moscow following their participation in the Sixth session of the Russia-Saudi Intergovernmental Commission on Trade, Economic, Scientific and Technical Cooperation.

Russia and Saudi Arabia are taking preventive measures as part of OPEC-NON-OPEC to not allow oil prices to steeply drop, Khalid Al-Falih said during the press conference with Alexander Novak.

"We, bilaterally and as OPEC+, are working on taking preventive steps not to allow the aforementioned scenario, not to let such a price drop to negatively affect consumers and producers. We are set for effective and positive cooperation as part of OPEC+," Falih said when asked about prices potentially dropping to $30 per barrel if OPEC, non-OPEC fails to extend the deal on oil output cut in July.

Saudi Arabia has invited Russia to sign an agreement on mutual protection of investments, Mr Falih said, adding that Riyadh is studying opportunities to invest in Russia's agriculture. Mr Novak added that Moscow and Riyadh have been working to open trade missions in both countries.

Khalid Al-Falih also said that his country is preparing an agreement on easing its visa regime with Russia, which it hopes will be signed during the visit of Russian President Vladimir Putin to Riyadh in October.

"Saudi Arabia provided a lot of privileges to attract finances, protect investments and ease visa issuing for certain Russian nationals such as businessmen. In return, we hope Russia will ease the visa regime for certain Saudi nationals ... We are preparing such an agreement to be signed during President Vladimir Putin’s visit to Saudi Arabia," Falih said at the sixth session of Russia-Saudi Intergovernmental Commission on Trade, Economic, Scientific and Technical Cooperation, of which he is a co-chair.

The minister also added that it is planned to open direct flights from Moscow to Jeddah with 14 flights a week.

Saudi Arabia plans to open a consulate general in the Russian city of Kazan to help Muslims who want to make Hajj, a pilgrimage to the holy city of Mecca, the country's Energy Minister Khalid Falih said during the press conference.

"Saudi Arabia is putting the utmost effort and is doing everything possible to simplify [things] for the Russian citizens who are Muslims and who make Hajj to Saudi Arabia. And we intend to open a consulate general in the city of Kazan for this," Falih said.