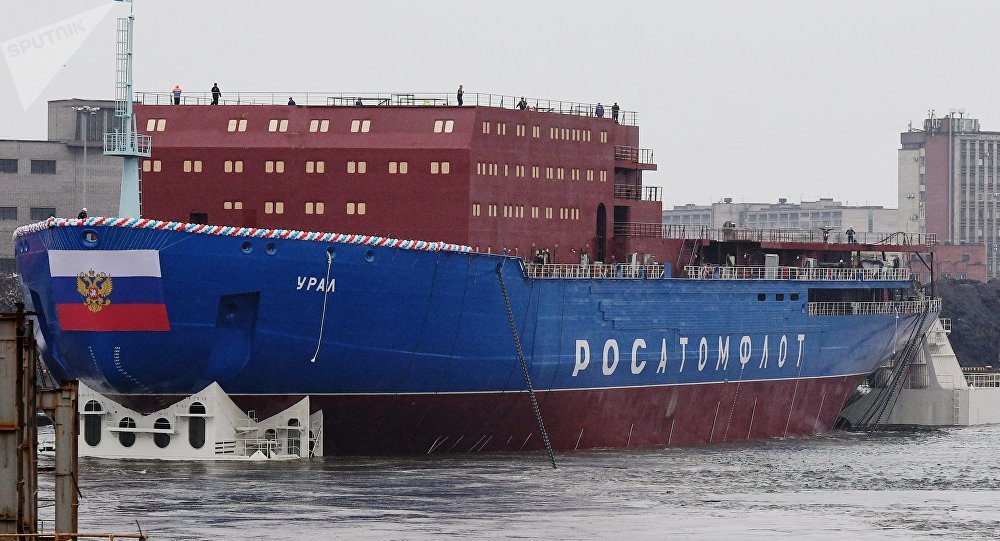 The Ural and two other vessels of its kind, the Sibir and the Arktika, are expected to become the world’s largest and most powerful icebreakers when commissioned before the end of 2021.

Saturday saw a float-out ceremony of the Russian nuclear-powered icebreaker Ural which took place at the Baltic Shipyard in St. Petersburg.

“The Ural together with its sisters are central to our strategic project of opening the Northern Sea Route (NSR) to all-year activity," Alexey Likhachev, chief executive of the Russian state-run nuclear energy corporation Rosatom said during the ceremony.

He referred to the two other vehicles of the same class – the Arktika (Arctic) and the Sibir (Siberia), which along with the Ural, are expected to become the most powerful icebreakers, capable of forging a path through ice up to three metres thick.

The 3rd Project 22220 nuclear-powered icebreaker, the Ural, was launched today at the Baltic Shipyards in St. Petersburg. https://t.co/3jQmVjxbFP pic.twitter.com/zpzDXbDa8t

Vadim Ivlev, chief designer of the nuclear-powered icebreakers of Project 22220, in turn said that the Ural will be on a par with modern cruise liners in terms of its equipment.

In a step towards year-round #NorthernSeaRoute navigability, today saw the launch of our nuclear-powered arctic #icebreaker Ural, which can cut through ice up to 3 metres thick. The vessel has 2 cutting edge RITM-200 #nuclearreactors, capable of jointly generating up to 350MW. pic.twitter.com/grEuTYS2rm

The 173-meter-long icebreaker is due to be commissioned in November 2021, after the Arktika and the Sibir enter service in December 2019 and November 2020, respectively. 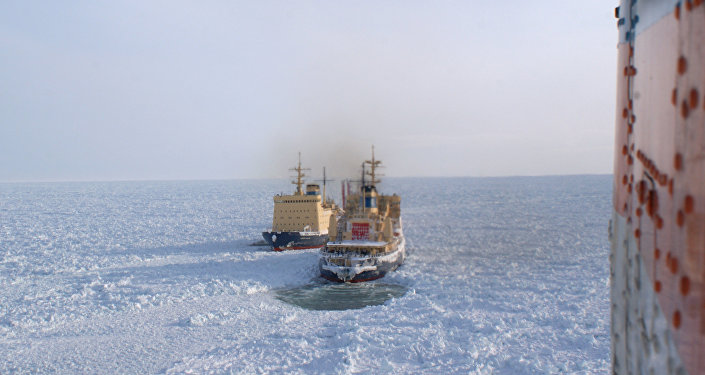 © RIA Novosti .
Russia Develops Special Radar for Arctic Exploration Drones
In April, President Vladimir Putin said that Russia’s Arctic fleet would include at least 13 heavy-duty icebreakers by 2035, with nine of them due to be powered by nuclear reactors.

According to him, the goal is to significantly increase freight traffic along Russia's Arctic coast.

Moscow has repeatedly stressed that the Arctic is an area where Arctic Council member states, including Canada, Denmark, Finland, Iceland, Norway, Russia, Sweden, and the US, should work for a constructive dialogue and conflict-free partnership.