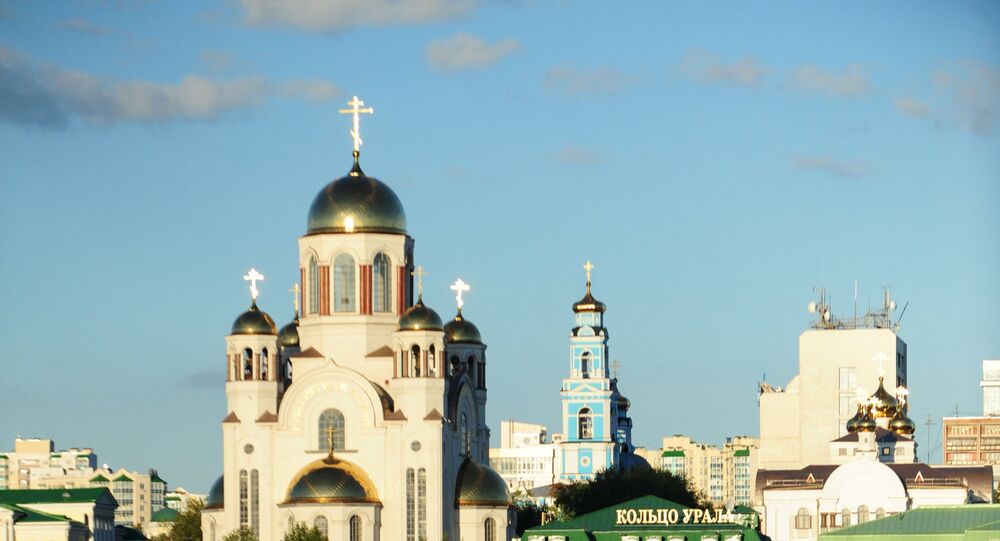 MOSCOW (Sputnik) - Russian President Vladimir Putin has proposed to poll the residents of the Yekaterinburg district that became embroiled in a conflict over the construction of a new church in a local park to find out their attitude toward the controversial project.

"This is your regional story. Everyone has the right to express their opinion and if we are talking about the local residents of this district, their opinion must be taken into account. To conduct a survey is a simple way to do so and the minority will have to accept the view of the majority. This is the principle of democracy", the president said, stressing that the interests of the minority must also be taken into account.

However, Putin expressed surprise over the fact that the locals were against the construction of the church, as "people usually want churches to be built".

© Sputnik / Sergey Pyatakov
WATCH 2019 Easter Service in Moscow Led by Russian Orthodox Patriarch Kirill
The statement comes after, presidential spokesman Dmitry Peskov said on 15 May that the Kremlin believed that the Yekaterinburg authorities were acting appropriately in the conflict. He also remarked that such situations were for the regional authorities to handle.

Protests against the construction of a new church of Saint Catherine of Alexandria and in favor of saving the park have been held in Yekaterinburg since Monday. The governor of the Sverdlovsk Region, Yevgeny Kuivashev, has called on both sides to engage in dialogue. At the same time, after talks with those for and against the church construction, the authorities said that there were no legal grounds for halting the project.

Hop on the Bus and Pay With a Credit Card in Yekaterinburg!