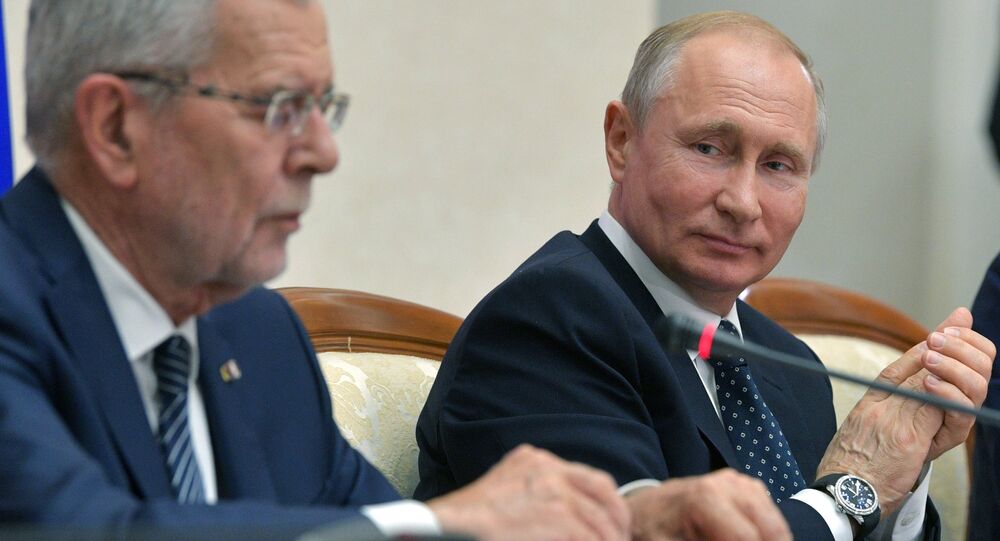 WATCH Putin Speak to Austrian President in Sochi in GERMAN

Austria’s President Alexander Van der Bellen is currently in the Russian resort city of Sochi along with Foreign Minister Karin Kneissl, where they are taking part in the first meeting of the Sochi Dialogue Forum.

Speaking in German, Russian President Vladimir Putin thanked his Austrian counterpart Alexander Van der Bellen for the invitation to Salzburg next year at a press conference in Sochi.

"I also thank you for the invitation", Putin answered in German.

The moment was captured on video during the presser.

Following the talks, the Austrian president invited Putin to the Salzburg Festival next year, saying that it will be the 100th anniversary of the festival.

Van der Bellen assured that, as usual, Russians will be taking part in the festival programme. He also thanked Putin for the opportunity to visit Sochi and "get to know something new".

US Trying to Impose Its Services in Economy, Defence on Other Countries - Putin