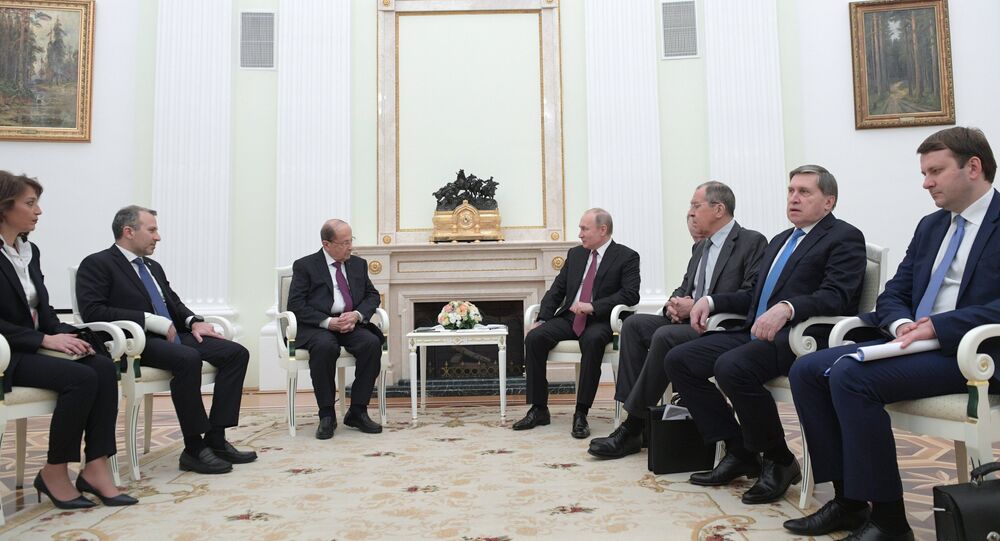 "[The two presidents] call for finding a fair solution to the Iranian nuclear issue taking into account the legitimate right of the Islamic Republic of Iran to the peaceful atom in accordance with the Nuclear Non-Proliferation Treaty", the statement released by the Kremlin said.

© AP Photo / Baz Ratner
Israel Has Full 'Freedom of Action' With US Support in Countering Iran in Syria – Netanyahu
The meeting between Aoun and Putin was held in Moscow earlier on Tuesday. This was Aoun's first official visit as president to Russia.

Iranian nuclear issue has topped the international agenda after US President Donald Trump, a long-time critic of the historic 2015 Joint Comprehensive Plan of Action, also known as the Iran nuclear deal, pulled out of the agreement in May 2018. The US leader has turned a blind eye to the statements by the International Atomic Energy Agency (IAEA) that confirmed Tehran’s compliance with the deal on numerous occasions.

The move that has been slammed by the remaining parties to the deal, which have insisted that Iran was honoring its part of the deal. The reimposed by the US restrictions target not only Iran but also those who continue to trade with the country.

The 2015 deal was inked by China, France, Germany, Iran, Russia, the United Kingdom, the United States and the European Union in an attempt to make sure that Tehran kept its nuclear program entirely peaceful in return for sanctions relief.