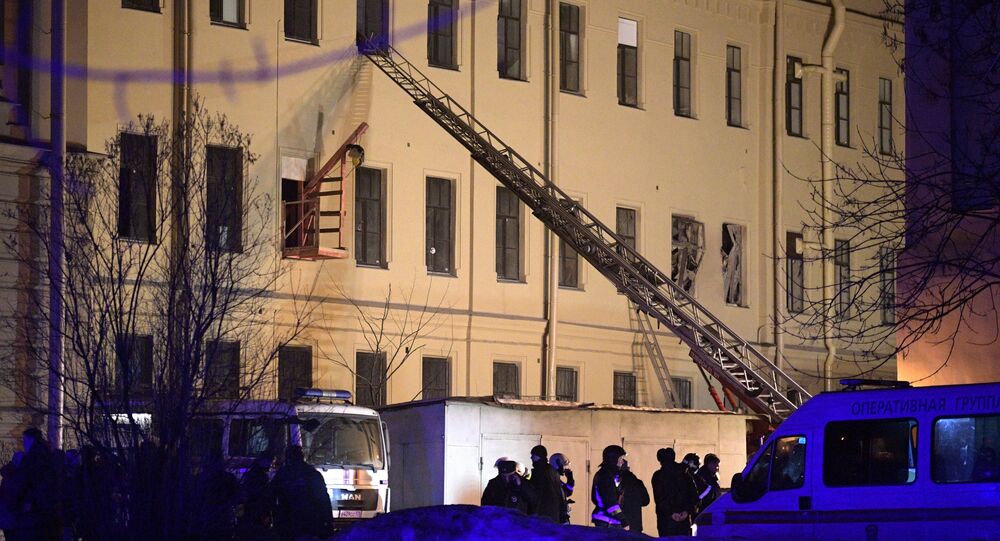 According to Russian emergency services, over 60 people were evacuated after an incident where the fifth to second floors collapsed.

A collapse of multiple floors in a five-storey building belonging to Saint Petersburg's ITMO University in Russia likely left no one dead or seriously injured, a representative of the district administration told Sputnik on Saturday.

"According to the preliminary information, there are no victims … Twenty-six people came out on their own, and the remaining are now being taken out by rescuers," the representative said.

A spokesperson for the local administration told Sputnik earlier in the day that "21 people could be [under the rubble]," adding that more than 80 others were evacuated from the building.

The collapse at one of St. Petersburg's ITMO University buildings began with "the collapse of the ceiling on the top floor," the spokesperson explained. According to a source in emergencies ministry speaking to Sputnik, an area of 150 square metres has collapsed.

A preliminary explanation for the incident may be that it was due to repair work, the source pointed out in a comment to Sputnik, stressing that the technical requirements during refurbishment had been violated.

Currently, security services and medics have rushed to the scene, accompanied by officials from Saint Petersburg's city administration.

Photos and a video of the damaged building have been circulating online.