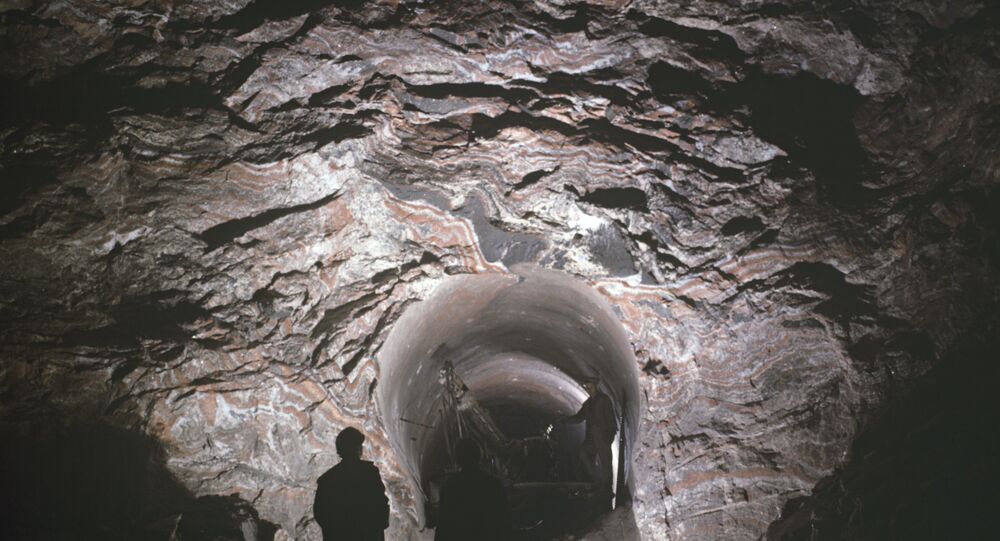 PERM (Sputnik) - The previous descent was suspended due to high temperature and smoke, however, the rescuers were just 10 meters (33 feet) away from miners' probable location.

A rescue team has failed at the sixth attempt to get to workers, who remain blocked in a mine in the Russian city of Solikamsk. "The sixth attempt has failed. The rescuers are going up to the surface," spokeswoman for the Perm Regional government Daria Levchenko told Sputnik.

© RIA Novosti . E. Kotlyakov
Russia Rescuers Ready for Another Solikamsk Mine Descent to Save Trapped Workers
The commander of a paramilitary rescue squad, Alexey Pestov, told reporters that the descent to the place, where miners are presumably located, is now technically impossible due to deformation of the construction.

He added that the rescuers will continue to remotely deliver the fire extinguishing substance to the emergency zone, and a further decision on one more descent will be made later. Pestov noted that in such a situation, the chances to save people "unfortunately, tend to zero."

On Saturday morning, a methane-related fire occurred in a mine belonging to Russia's potash producer Uralkali in Solikamsk. Eight miners were evacuated. At least nine people still remain blocked in the mine, according to Uralkali

According to the company, the fire could have been caused by the construction works in the mine.