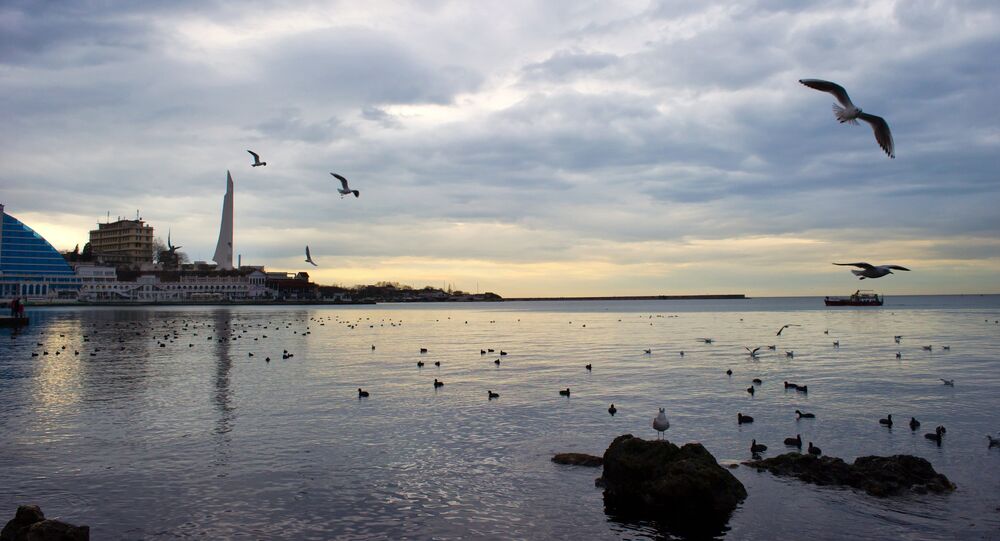 On Friday, the hacker group Anonymous leaked a new portion of documents related to the activities of the Integrity Initiative - a UK-based company, claiming to be fighting "propaganda and disinformation", but primarily focusing on Russia.

According to the documents published by the hacktivists known as Anonymous, the Integrative Initiative is funded by the Institute for Statecraft, whose director appears to be Christopher Donnelly, a special advisor to the House of Commons Defence Committee.

A piece of leaked data from 2014 indicates that Donnelly laid out a number of suggestions to the British authorities just days before Crimea's reunification with Russia that included mining Sevastopol harbour.

"Set up a cordon sanitaire across the Crimean Isthmus and on the coast N. of Crimea with troops and mines. Mine Sevastopol harbour/bay. Can be done easily using a car ferry if they have no minelayers. Doesn't need a lot of mines to be effective. They could easily buy some mines", he proposed, according to the group.

Connelly also suggested that the Ukrainian military should "get their air force into the air and activate all their air defences".

"If they can't fly the Migs on the airfield in Crimea those should be destroyed as a gesture that they are serious. Going 'live' electronically will worry the Russians as the Ukrainian have the same electronic kit. If the Russians jam it they jam their own kit as well", he wrote.

The group claims that two years later Donnelly invited officers from the Ukrainian special services to the UK in order to "counter Russian disinformation about the conflict with Ukraine". The trip, they wrote, was financed by the UK Ministry of Defence.

On 16 March 2014, Crimea held a referendum, with 97 percent of the peninsula's residents voting in favour of rejoining Russia. The reunification was not recognised by Ukraine or Western states, which subsequently imposed economic and political sanctions on Moscow. Russia, for its part, has repeatedly stated that the referendum was conducted in compliance with international law.

"Bear in mind that we are talking about the director of a public organisation and not about a high-ranking officer of the British intelligence. This is only a part of the documents that we have on Christopher Donnelly. If the investigation into the Integrity Initiative’s illegal activity in the UK turns out to be nothing more than a farce, we will publish more documents proving close connections between Donnelly and UK secret services which he often employs to mislead MPs and bring his agents to meetings of various committees in the House of Commons", the release read

This was the third leak of the Integrity Initiative project's docs, which included instructions of how to fight "Russian propaganda".

The Anonymous group said that despite claiming to combat "propaganda and disinformation", the Initiative was de facto waging an information campaign in the EU, by interfering in the domestic affairs of the bloc's member states. The hackers also stated that the project was largely targeting Russia in its information war.

In a statement on 26 November, the Integrity Initative confirmed that at least some of the documents leaked by the group were authentic. At the same time, the project didn't rule out the possibility that some of them might have been "false" or "doctored".