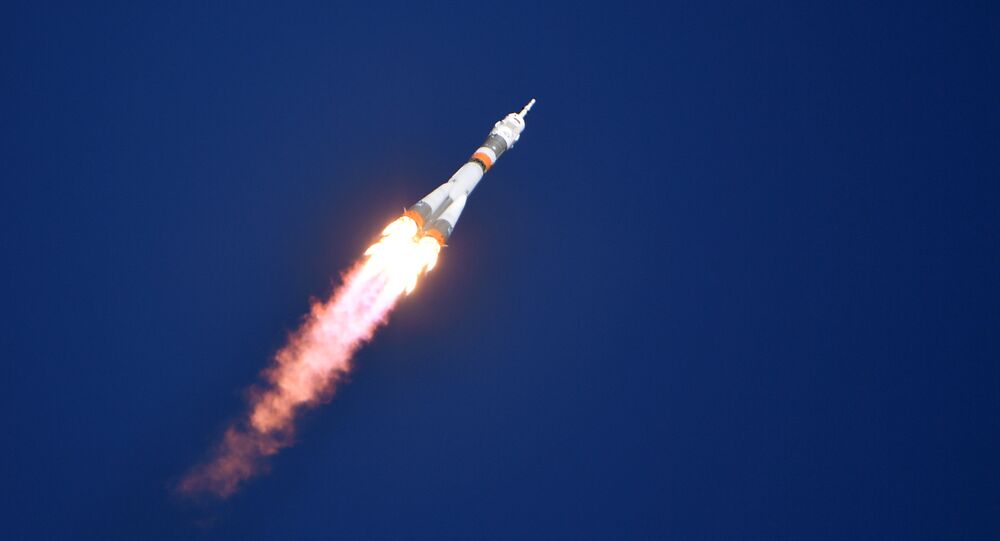 MOSCOW (Sputnik) - The decision of UK OneWeb company to scale back the constellation of its communications satellites will not affect the number of Russia's Soyuz carrier rockets contracted by the company for the launches, a source in the space industry told Sputnik on Friday.

According to the source, each carrier rocket was expected to bring to the orbit from 32 to 36 satellites at a time, and engineers have developed a special adapter where the satellites will be fixed. However, the adapter can be reassembled, meaning that the number of satellites carried by each rocket can be changed.

"That is why the scaled back [OneWeb satellite] constellation will not affect the number of Soyuz boosters contracted by OneWeb because the number of satellites carried by each Soyuz [launch vehicle] can vary", the source said.

On Thursday, OneWeb announced that it would reduce the constellation from the planned 900 satellites to 600. A source told Sputnik that ground-based tests had revealed that the satellites delivered a better performance than initially expected.

© CC0
No Drill Traces Detected on Photos of Damaged Soyuz Protection Plates - Source
In June 2015, Russia's state space corporation Roscosmos signed a contract with French company Arianespace and OneWeb for 21 commercial launches of 672 satellites on the Soyuz launch vehicles from the Kourou, Baikonur and Vostochny cosmodromes from 2017 to 2019.

Earlier in the day, a source in the industry told Sputnik that the launch of the first OneWeb satellites from the Kourou space centre in French Guiana, scheduled for February 7, 2019, had been postponed for about two weeks.