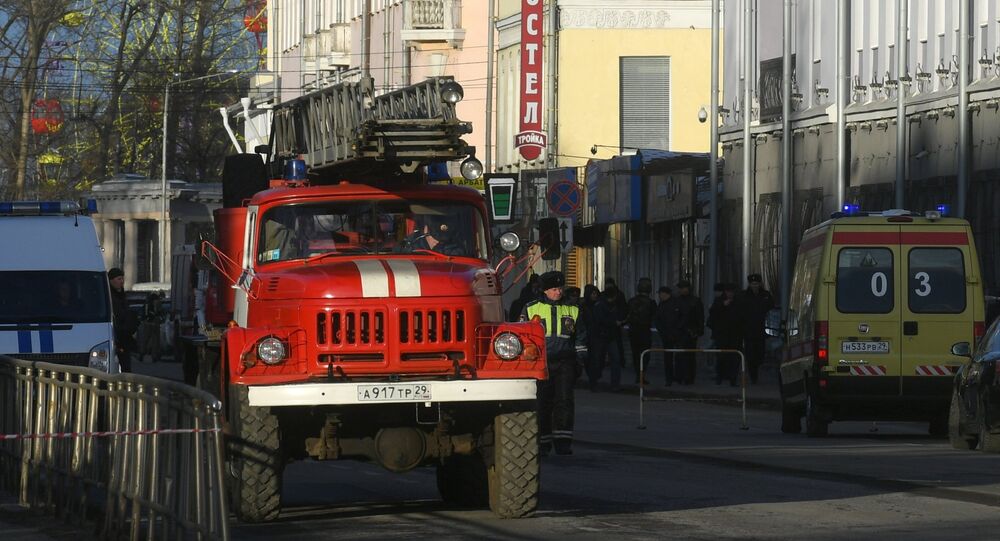 At Least 1 Killed, 3 Wounded in Terror Act at Russian FSB Office in Arkhangelsk

The cause of the explosion is yet unclear. All employees were evacuated from the building, while Russia's special services are inspecting the scene.

At least one person was killed and three others hospitalized after an explosion that went off in the Russian Federal Security Service (FSB) building in the northwestern city of Arkhangelsk, the region's governor, Igor Orlov, said on Wednesday following a meeting of regional emergency services.

According to the official, the blast went off inside the FSB building near the entrance. Orlov said that officials were working to determine the type of the explosive device, and pledged to bolster security of all public and state buildings in Arkhangelsk Oblast.

The Investigative Committee announced that it had opened a terror probe into the incident.

Russia's National Anti-Terrorism Committee said that the alleged perpetrator of the explosion died of injuries received in the blast.