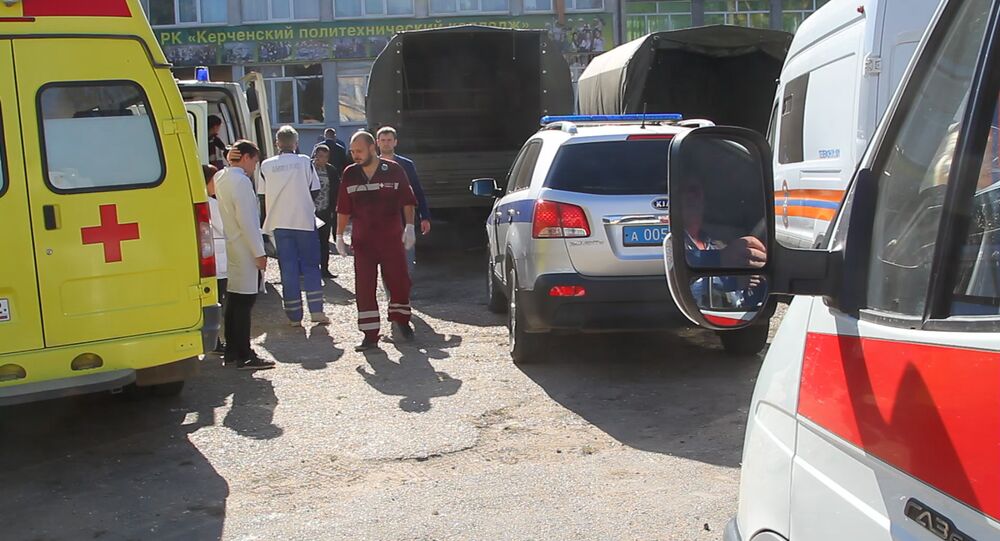 SIMFEROPOL (Sputnik) - A total of 73 people were injured this week in a shooting at a college in Crimea's Kerch, with 47 requiring medical help, Crimea's medical emergencies center told Sputnik on Sunday.

"The total number of the injured stands at 73. Forty-seven of them were hospitalized," a spokesperson for the regional center said.

Some of the critically wounded were urgently airlifted to other cities. Forty-six people are receiving help at 11 clinics across Crimea, in the neighboring Kuban region and in Moscow. Fifteen patients in serious condition were taken to Simferopol, a major city in Crimea.

Earlier this week, the fourth-year student, identified as Vladislav Roslyakov, killed 21 people and wounded over 50 others in a bomb and gun attack that started inside the canteen at Kerch Polytechnic College.

The shooting was initially treated as a terrorist attack but was later reclassified as a mass murder. The gunman killed himself inside the college library.