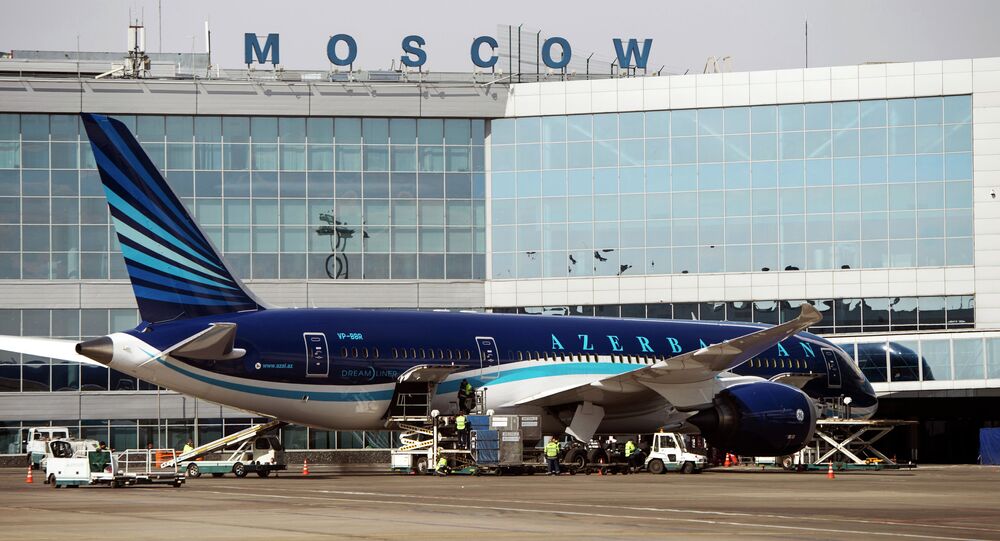 A man has claimed to have an explosive device at the Domodedovo airport, but his threats turn out to be false, airport's spokesman Aleksandr Vlasov told Sputnik.

"A passenger claimed to have an explosive device during the security checks at the entrance to the airport. The security measures envisaged in such cases have been taken. No threat was found," Vlasov said.

The spokesman added that flights had not been affected.

"The service of flights and passengers function in a regular way, all the entrance groups to the terminal operate normally," the airport's press service reports.

Russian law enforcement is currently maintaining a robust security regime due to the ongoing 2018 FIFA World Cup, which Russia is hosting this time. Moscow is one of the 11 host cities.