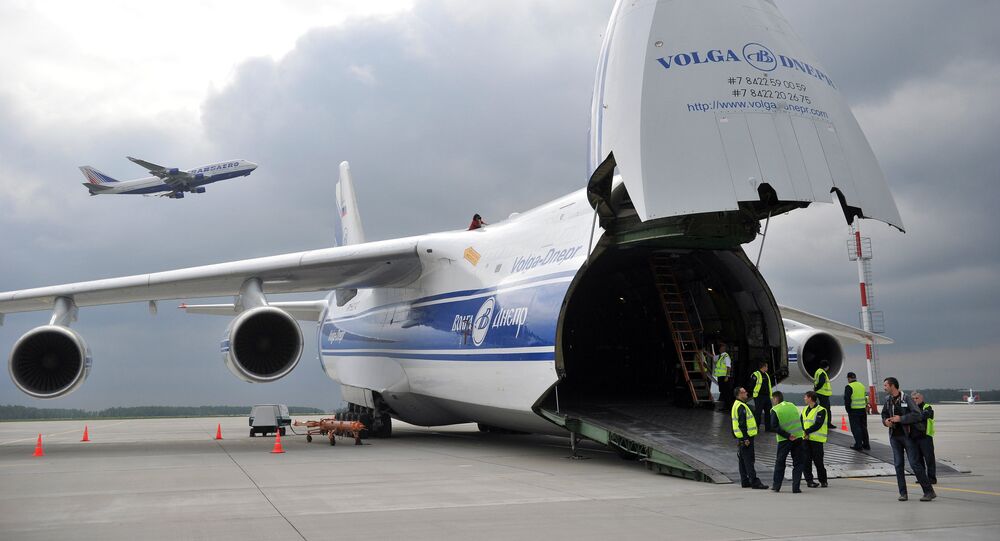 Moscow has yet to comment on media reports about the alleged move that’s been described by a French magazine as a countermeasure to Western sanctions imposed on Russia.

Russia’s air cargo hauler Volga-Dnepr will stop making its Antonov An-124 Ruslan planes available to NATO before the year is out, the French weekly business magazine Challenges reported, citing its own sources.

According to the publication, the decision to pull the plug on the planes’ delivery was Russia’s response to new sanctions imposed on it by Washington.

The article warns that Volga-Dnepr’s decision will come as a serious blow to the French military, which relies heavily on the Ruslans to transport  helicopters and tanks.

In 2006, Ukraine’s Antonov Airlines and Russia’s Volga-Dnepr companies joined forces as part of the Strategic Airlift International Solution (SALIS) project to deliver An-124-100 services to NATO members and other EU countries to support peacekeeping and humanitarian programs all over the world.

The An-124 Ruslan was developed by the Antonov aircraft design bureau in the early-1980s, jointly with leading Soviet research institutions, enterprises and ministries.

Early this month, the United States unveiled a new batch of sanctions against Russia targeting several leading businessmen, companies, banks, as well as a number of senior officials.

© Sputnik / Vitaliy Belousov
Aging Russian-Ukrainian An-124 May Be Replaced With Russian Cargo Jet
On April 15, Washington’s envoy to the UN, Nikki Haley, said that the US planned to impose additional sanctions on Russia, but, according to several sources, President Donald Trump has decided to put them on hold.

Since the breakup of the Soviet Union in 1991, NATO has been expanding eastwards with ten former Warsaw Pact countries having now joined the Alliance.