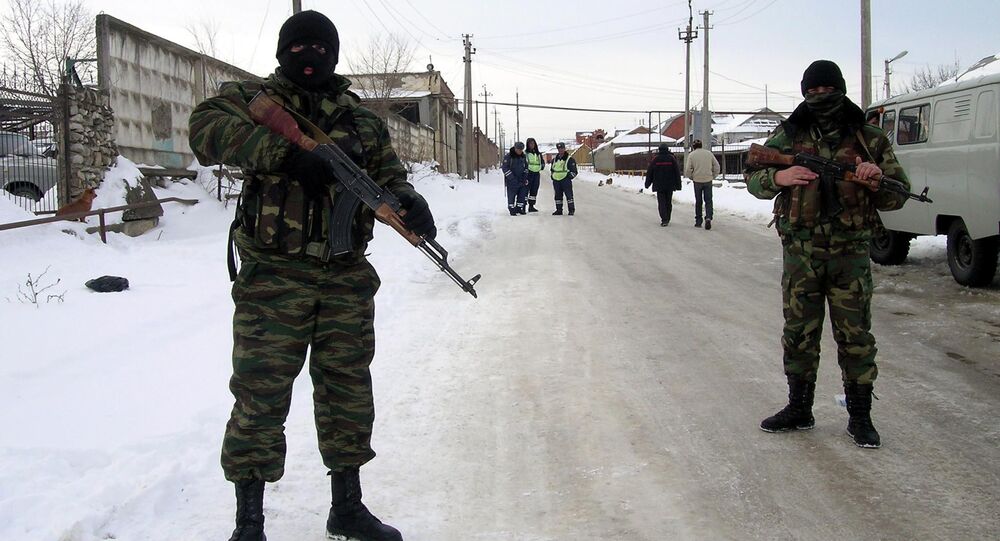 MOSCOW (Sputnik) - A criminal was killed on Saturday during a counterterrorist operation in Russia's southern Republic of Dagestan, the National Anti-Terrorism Committee (NAC) said in a statement.

"A gunman was neutralized during the counterterror operation in the Botlikh District of Dagestan," the statement said.

The neutralized man had links to the Daesh terror group the National Anti-Terrorism Committee said in a statement.

© Photo : NewsTeam
Police Eliminate Three Armed Criminals in Russia's Dagestan
"According to operational data, that [criminal] was [identified as] Yunus Khabibov, who pledged allegiance to Daesh* terror organization and fulfilled its orders being a head of a criminal group that had earlier operated in a mountain-woody area," the statement said.

Security services have also found a sniper rifle with ammunition, a grenade, a radio facility and a thermal observation device.

The regime of a counterterror operation was introduced in the village of Andi of the Dagestan's Botlikh District on Saturday at 12:40 GMT.

*A terrorist group outlawed in Russia