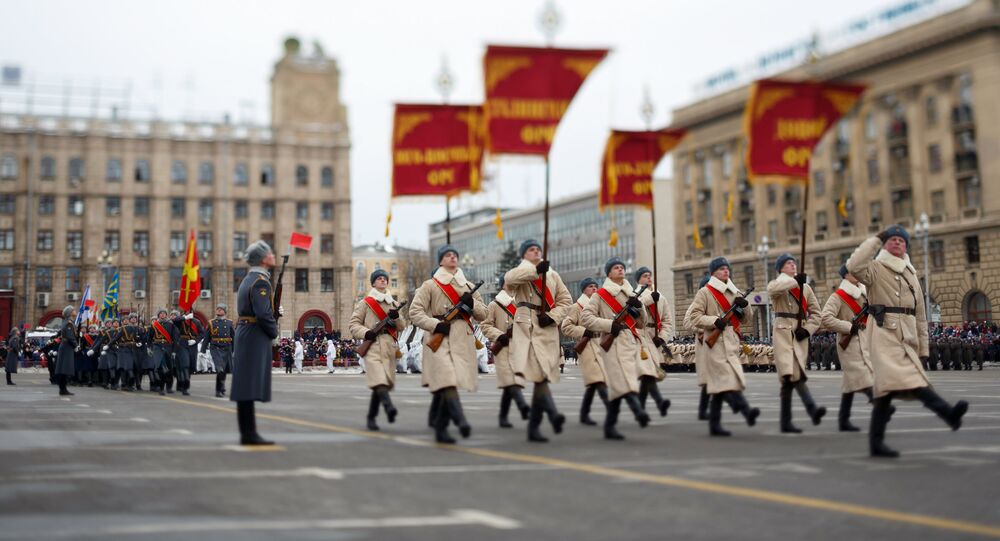 ROSTOV-ON-DON (Sputnik) - A military parade commemorating the 75th anniversary of the defeat of the Nazis by the Soviet Army in the Battle of Stalingrad has gathered about 30,000 spectators in the southern Russian city of Volgograd (formerly Stalingrad), the Russian Southern Military District's press service said on Friday.

"The liberation of Stalingrad from the Nazi invaders is a landmark event not only in the history of the Great Patriotic War [of 1941-1945]. This victory is the greatest milestone in the heroic history of our Southern Military District – successor to the legendary North Caucasus Military District," Dvornikov said.

A parade devoted to the Stalingrad victory is taking place in Volgograd. On February 2, it is 75 years since the end of one of the major battles of the World War II

The commander noted that the Soviet Army’s victories in the battles of Stalingrad, Sevastopol, Novorossiysk and Kerch had turned the tide of World War Two.

Aviation also took part in the parade, with more than 40 aircraft having flown over the city square.

The Battle of Stalingrad, which is regarded as one of the largest and bloodiest battles in the history of warfare, lasted from July 17, 1942 to February 2, 1943. It became a major turning point in the war and paved the way for the subsequent Soviet victory over the Nazis in May 1945.

What is Next, War or Peace? World Celebrates 36th Day of Peace