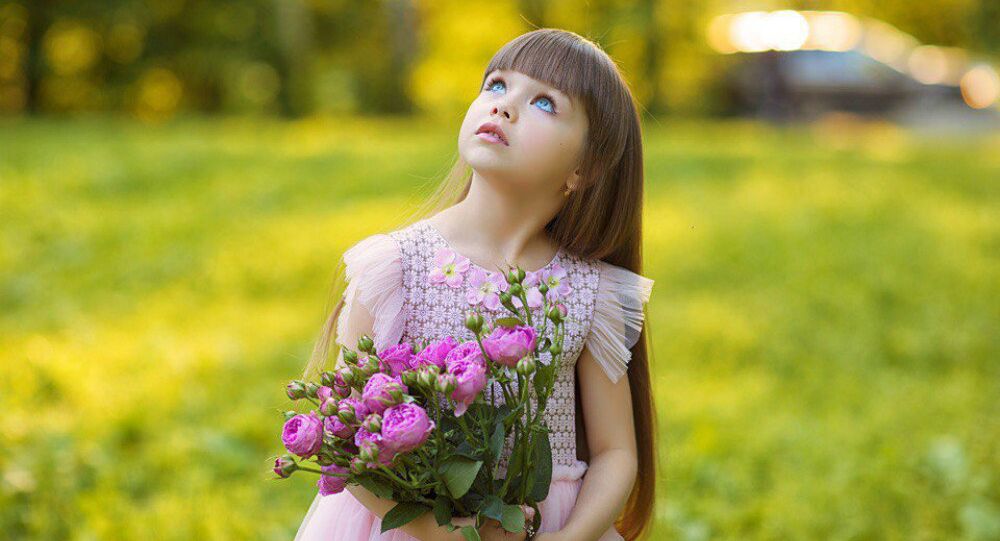 World's Prettiest Girl: Russia's Nastya 'Does not Like Dolls but Adores Ponies'

What's the secret to collecting over 570,000 subscribers to your Instagram account? Well, being the most beautiful child in the world certainly won't hurt your chances.

Sputnik has spoken to the mother of six-year-old Anastasia Knyazeva who has already been touted by British media as "the most beautiful girl in the world."

Anna Knyazeva said that her daughter "has been loving attention and the camera since her early childhood" and that many people have repeatedly said that "Nastya ought to be a model."

"We sent her photos to one well-known [model] agency, and shortly after our first professional photo-op took place. Right now, we have been invited for photo shoots from all across the world, including China," Anna added.

According to her, Nastya is mainly engaged in advertising children's clothing.

She is already used to the fact that other people often talk about her beauty which is why she reacted calmly to the mainstream media recognizing her as the world's most beautiful girl.

"Nastya is completely indifferent to all this. She is used to others calling her a very beautiful girl and she no longer pays attention to it. She can by no means be called an arrogant person," Anna said.

She explained that her daughter "just cannot understand what is happening because of her age" but that "her parents are certainly very happy."

The six-year-old's Instagram account already has a whopping 570,000 subscribers, a figure that is almost certain to increase further.

Each photo is gaining tens of thousands of likes coming from Russia and beyond. Many call Nastya a doll and especially heap praise on her incredible blue eyes.

"We go to a choreography school, study English with a tutor and are due to go to vocal training soon. Also, Nastya likes drawing, sculpting and singing. She does not like dolls but adores ponies," her mother concluded.