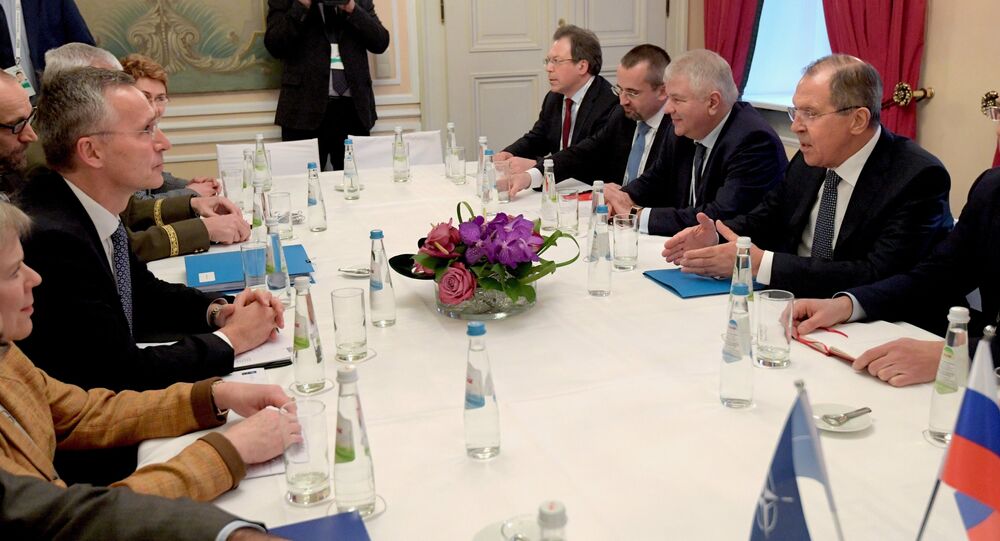 Both NATO and Russia confirm the format of the NATO-Russia Council would not be "frozen," commenting on the recent reports about the possible elimination of the council's meetings.

MOSCOW (Sputnik) — NATO has no plans to freeze the format of the NATO-Russia Council (NRC) and is discussing potential meeting dates with their Russian counterparts, the alliance's spokeswoman Oana Lungescu said in a statement obtained by Sputnik on Thursday.

Earlier in the day, the Russian Izvestia newspaper reported that NATO–Russia Council would be frozen until the end of this year at the initiative of Brussels.

According to the statement, since April 2016, the NATO-Russia Council has met five times, addressing issues such as Ukraine, military transparency, risk reduction, and Afghanistan.

#Grushko: There has been no freeze [of @NATO-Russia Council]. On the contrary we note intensification of Russia-#NATO political dialogue pic.twitter.com/dfu6OMXqjR

Izvestia reported, citing diplomatic sources, that the suspension of the NRC was allegedly initiated by Brussels over the Zapad-2017 joint Russian-Belarusian drills, held earlier in September.

Several officials from European countries have expressed their concern over the exercise in the run-up to the drills, which took place on the territory of both Russia and Belarus on September 14-20, involving some 12,700 servicemen, up to 5,500 from Russia and about 7,200 from Belarus.

The newspaper's sources also said that the Baltic states had repeatedly tried to suspend the NRC, with the backing of the United Kingdom.

Earlier in September, NATO Secretary General Jens Stoltenberg told RIA Novosti that the alliance was looking into the possibility of convening a new meeting of the NRC.