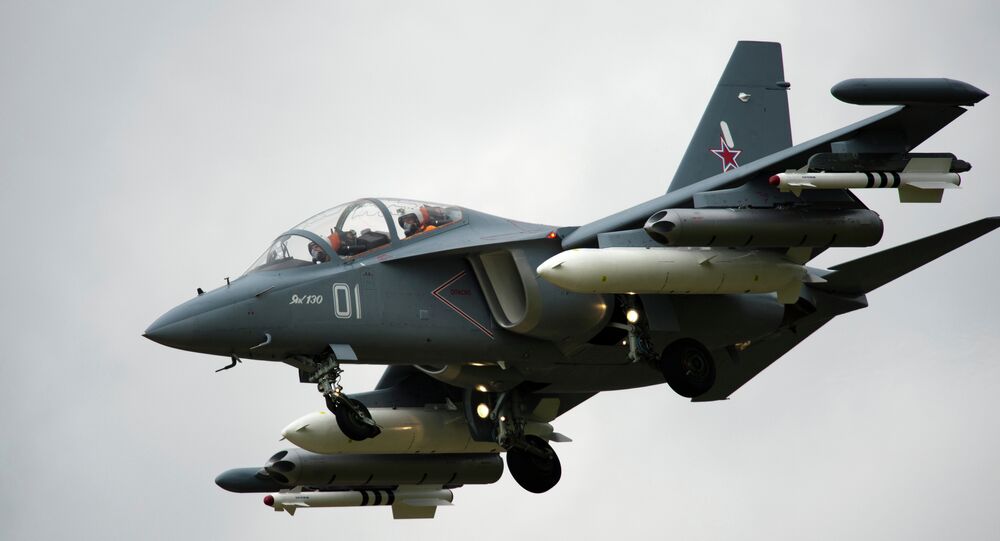 A Yakovlev Yak-130 advanced trainer and combat jet has crashed near the Borisoglebsk airfield in south-central Russia, the Russian Defense Ministry said Saturday.

MOSCOW (Sputnik) — A combat training Yak-130 plane crashed near the Borisoglebsk airbase on Saturday, the ministry said in a statement.

The crew of the plane avoided hitting nearby buildings before catapulting, according to the ministry.

​"Both pilots signaled right after landing and their lives and health are not in danger. A search and rescue group has been sent to the area for evacuation," the statement added.

The Russian Defense Ministry said that the two pilots of the plane had been rescued.

"The search and rescue group has evacuated the pilots of the Yak-130 that crashed near Borisoglebsk to the airfield of their deployment," the ministry said.

A military flight safety commission is preparing to leave for the area to establish the cause of the crash.