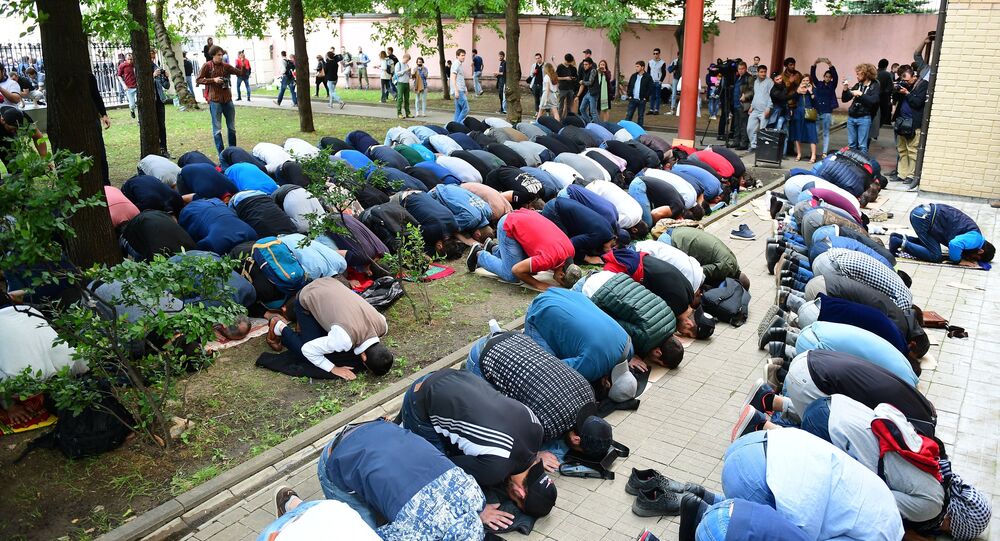 Hundreds of people have gathered for a rally in front of the Myanmar embassy in central Moscow to voice their protest against recent deadly sectarian clashes in the country's western state of Rakhine, a source in a law enforcement agency told Sputnik Sunday.

MOSCOW (Sputnik) — According to the source, the protesters came to the Bolshaya Nikitskya Street in support of the Muslims who suffered in the clashes with the authorities of Myanmar.

The source added that police and the Russian National Guard officers were deployed to the scene to prevent incidents. The press service of Moscow police later confirmed that the authorities did not register any breaches of public order during the demonstration.

​Earlier in the day, media of Russia's Chechen Republic reported that thousands of people would gather in the region's capital city of Grozny on Monday to express their protest against the brutal clashes with Rohingyas. Chechen mufti, a major Muslim cleric of the region, confirmed that the rally would be held next to the Akhmat Kadyrov mosque, the main religious center of the republic.