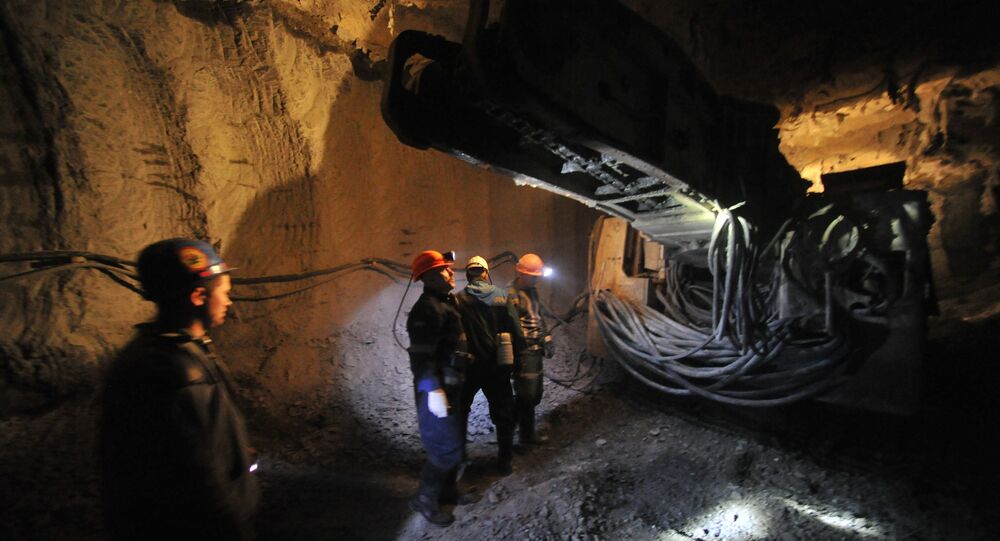 No one was injured in the flooding at the Alrosa diamond mining group's Mir mine in the town of Mirny in Yakutia (eastern part of Siberia), the Russian Emergencies Ministry told Sputnik on Friday.

A source in Yakutia's emergencies services told Sputnik on Friday that about 150 miners had been brought to the surface from the mine after the flooding.

"The incident is minor, it has not affected the operation of the mine," a representative of an operational headquarters at the scene said.

The Russian Emergencies Ministry’s (EMERCOM) Head Office in Yakutia said 150 people were in the mine when the explosion occurred. The office specified that 19 paramilitary Mountain Rescue officers, three pieces of equipment and operational team of Mirny’s rescue and firefighter garrison had been sent to the scene.