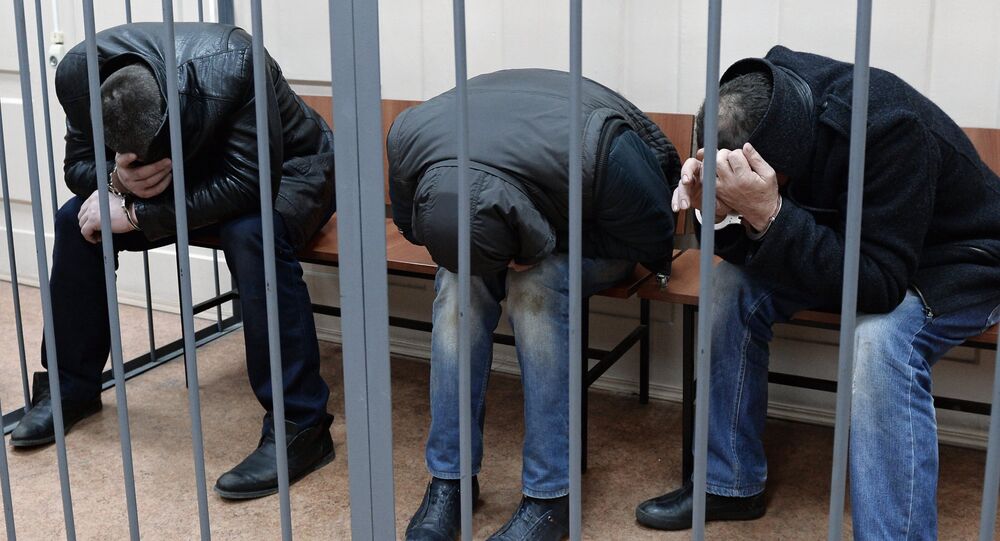 The European Court of Human Rights (ECHR) ruled in favor of one of three applicants convicted in Russia over the 2015 assassination of politician Boris Nemtsov, the court said in a press release Tuesday.

MOSCOW (Sputnik) — The applications of other two convicts were declared inadmissible because they had disclosed the friendly-settlement negotiations, according to the release.

"The Court declared, by a majority, the applications of Anzor Gubashev and Shadid Gubashev inadmissible because they had disclosed the friendly-settlement negotiations, which are confidential," the ruling reads.

© Sputnik / Alexei Filippov
Russian Opposition Figure Nemtsov's Killer Sentenced to 20 Years in Prison
Temirlan Eskerkhanov's application, the ECHR states, had no friendly-settlement negotiations, thus not an abuse of the right of individual application.

All Defendants in Nemtsov Murder Case Plead Not Guilty