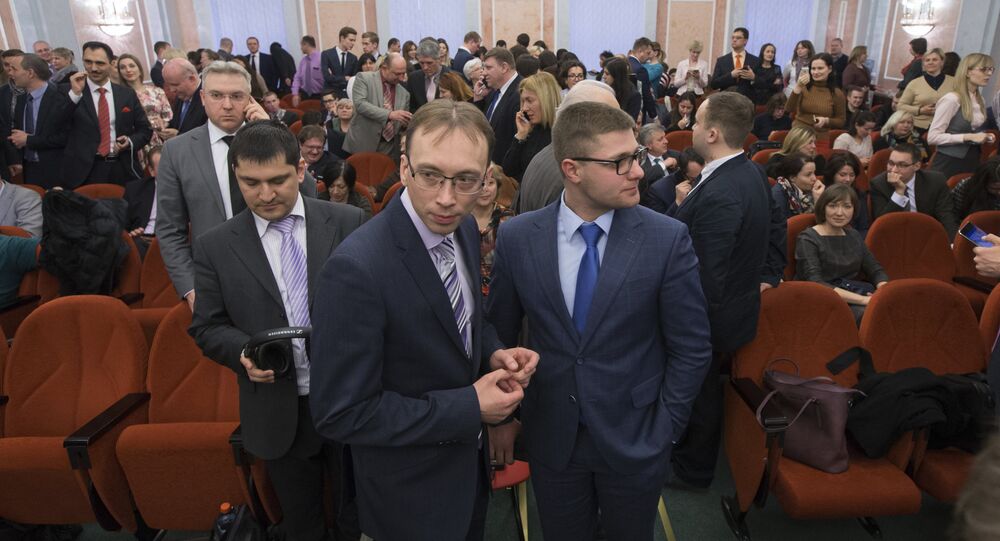 The European Union is calling on Russia to defend the freedom of assembly of Jehovah’s Witnesses following Russia's Supreme Court ruling upholding the decision to ban their activities as extremist, the Delegation of the European Union to Russia said in a statement Tuesday.

BRUSSELS (Sputnik) — In April, Russia's Supreme Court ruled that the activities of the Administrative Center of Jehovah’s Witnesses in Russia were extremist and banned them, along with the seizure of the center's property. On Monday, the court upheld its previous decision.

"Jehovah’s Witnesses, like all other religious groups, must be able to peacefully enjoy freedom of assembly without interference, as guaranteed by the Constitution of the Russian Federation, as well as by Russia's international commitments and international human rights standards," the statement said.

© AP Photo / Ivan Sekretarev
Jehovah's Witnesses Ban in Russia Helps Protect Its Members’ Rights
The OSCE, the US and the UK earlier voiced concern over the Russian court's decision.

OSCE Concerned Over Ban of Jehovah’s Witnesses in Russia