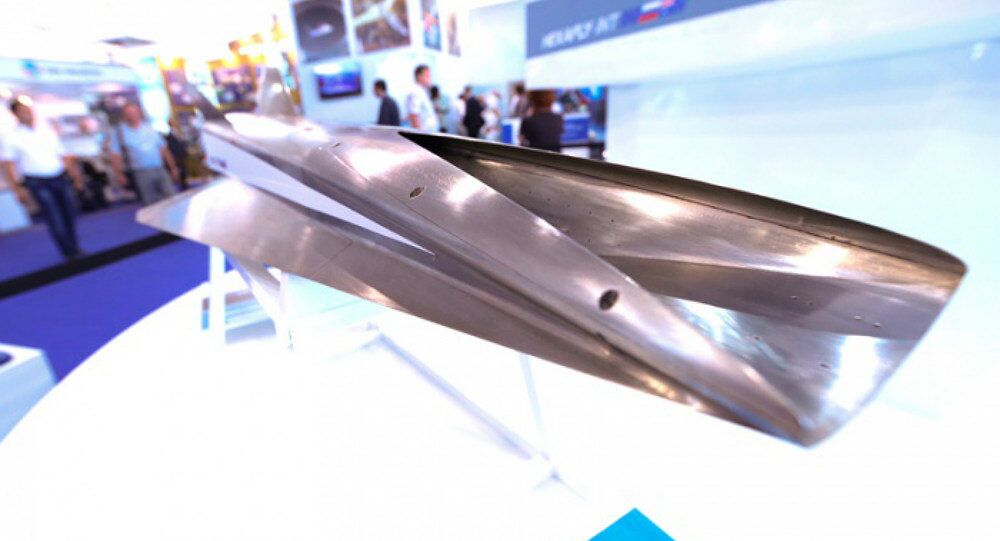 A mock-up model of Russia's new hydrogen-powered high-speed passenger plane will be on display at the MAKS-2017 airshow, due to kick off in Zhukovsky outside Moscow on July 18.

TsAGI specialists created a mock-up of the new plane within the framework of the Hexafly-Int project, which is aimed to help MAKS-2017 visitors get a better understanding of promising developments related to the future of passenger aviation.

The hydrogen-powered plane will have a non-standard configuration and is expected to be able to make inter-continental flights several times faster than modern-day passenger planes, the Russian news network Zvezda reported.

Thanks to the fact that the new aircraft will be equipped with hydrogen-powered engines, it will be able to reach a top speed of approximately Mach 6.5 (about 8,000 kilometers per hour), according to Zvezda.

The sleepy Moscow suburb of Zhukovsky is making final preparations to host the MAKS-2017 airshow, which due to be held from July 18 to July 23.

One of the largest aviation forums in the world, the exhibition is well-known for its display of prototypes of new types of civilian and military airplanes, helicopters, aircraft components, space tech, and other aviation technology.

In an interview with Zvezda, the editor of the website avia.ru, Roman Gusarov, said that "this year's airshow is significant not just in terms of the number of aircraft and helicopters to be bought or sold, but in terms of the aerial vehicles that will be presented at MAKS-2017 in the coming days."

The T-50 is due to take part in MAKS-2017's flight program, Gusarov said adding that "unlike the previous airshow, this time visitors will see aerobatics performed by the plane."

"I have already observed rehearsal flights and they impressed me. Apart from being an aesthetically well-built and modern plane, the T-50 is also a maneuverable aircraft," he concluded.