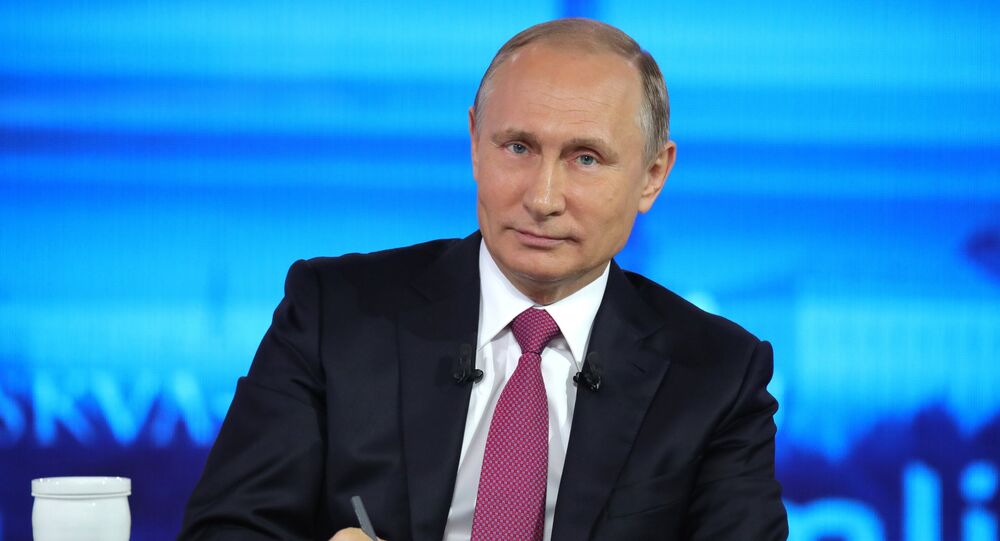 Putin: Preserving Identity in Russia Important, But Isolation May Cause Harm

Russian President Vladimir Putin said said on Wednesday that isolation for Russia is an "extremely dangerous thing," but noted that it allows Russians to consolidate forces.

© Sputnik / Mikhail Klimentyev
Putin Says Not Every Problem in Russia Solved Using Hands-on Management
MOSCOW (Sputnik) — Preservation of identity in Russia is an important issue, but it is necessary to take into account that Russia is a part of the global world, and that isolation can do harm, Russian President Vladimir Putin said Wednesday.

"The world is surely developing, there are a lot of connections, they are limitless, and any restrictions in contacts are being left behind, it is the right process, and we are part of this global process. And we should not reject it," Putin said in the Kremlin during a conversation with form teachers of graduating classes of secondary schools.

He recalled the history of China, which was once the world's leading country, but then isolated itself and rolled back.

"Isolation is an extremely dangerous thing, it's fatal, but the preservation of one's own identity has never hindered anyone, but on the contrary, it's what allows us to consolidate our forces, gather strength into a fist, and we certainly need it," the president said.

Moreover, in Russia, the identity can be Buryat or Yakut or Russian or Tatar, Putin said.

"But there must be one more common national identity, this is what unites us, this is what we have. It can be called anyhow, including patriotism. This word is not bad, it's a love for the Motherland. Even in spite of all the irony, Lermontov, such a specific man, said 'I love my fatherland, still love of mine is odd.' But everything was reduced to the fact that he loves forests and rivers," Putin said, adding that Lermontov in his work confessed he loves the Russian people.