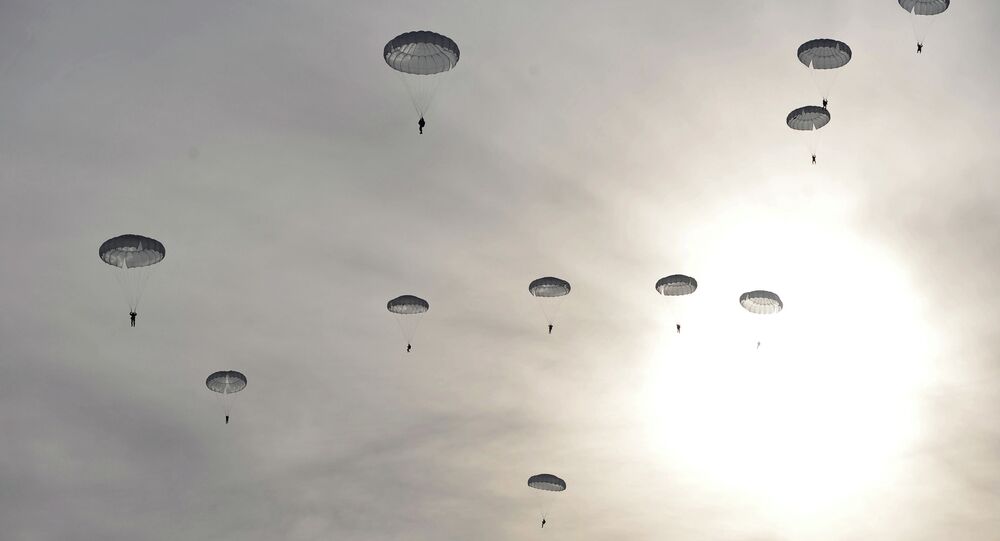 The Russian Defense Ministry has announced that Russian airborne troops will take part in large-scale military exercises in July, which are said to become the second largest event of a kind in 2017.

© Sputnik / Igor Rudenko
Russian Airborne Troops Arrive in Belarus to Take Part in Slavic Brotherhood Drills
MOSCOW (Sputnik) — The second largest exercise this year, involving several airborne units at once, will take place in early July at one of the shooting ranges of the Russian Western Military District, the Russian Defense Ministry said in a statement Wednesday.

"In early July, a large-scale command and staff exercise, where several units of the airborne troops will participate simultaneously, will be held on the territory of one of the ranges of the Western Military District… In terms of scale, this exercise will be the second largest in 2017," the statement read.

The troops will work out inter-service interaction and command of subunits in the performance of various types of combat training tasks, including the interaction with the aircraft of military transport and army aviation.