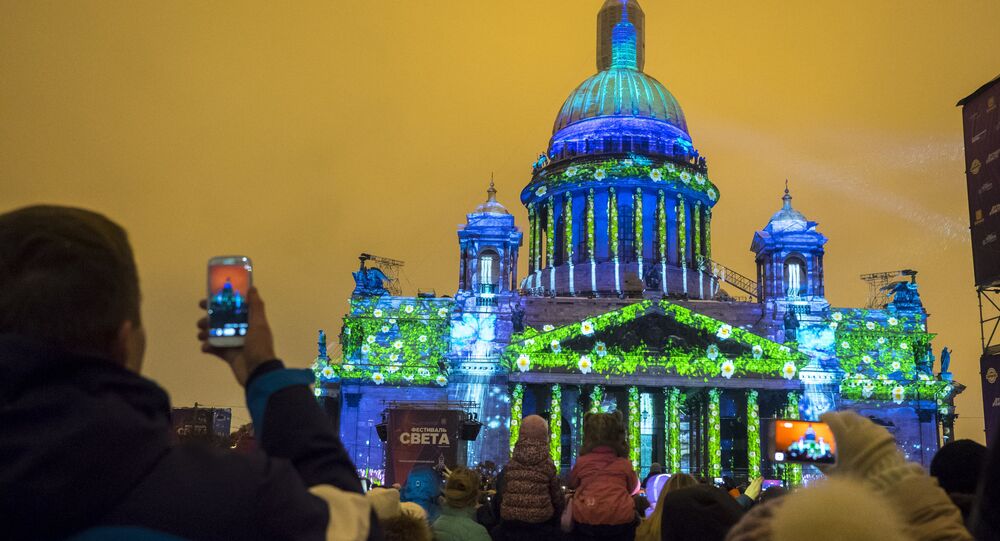 The St. Petersburg governor said that the city intended to attract tourists in the winter season.

"Our city is traditionally considered to be a city of the midnight sun, and we have our high tourist season specifically in the summer. But we are seriously working on turning St. Petersburg into the city of the 'daytime sun' so that at least equal numbers of tourists visit us in the winter," Poltavchenko said.

The governor noted that the economic impact of tourism made the city about 250 billion rubles ($4.417 billion) in 2016.

"We believe that it is not the limit and we will step up efforts on increasing the tourist attractiveness of our city, including through measures simplifying visa regulations," Poltavchenko said, adding that the practice of a visa-free visits to the city via cruise ships for 72 hours has been operating for several years.

The 21st SPIEF kicked off on Thursday for its 3-day run, gathering high-ranking politicians and prominent business leaders from dozens of countries in St. Petersburg. The Sputnik news agency is an official media partner of the forum.