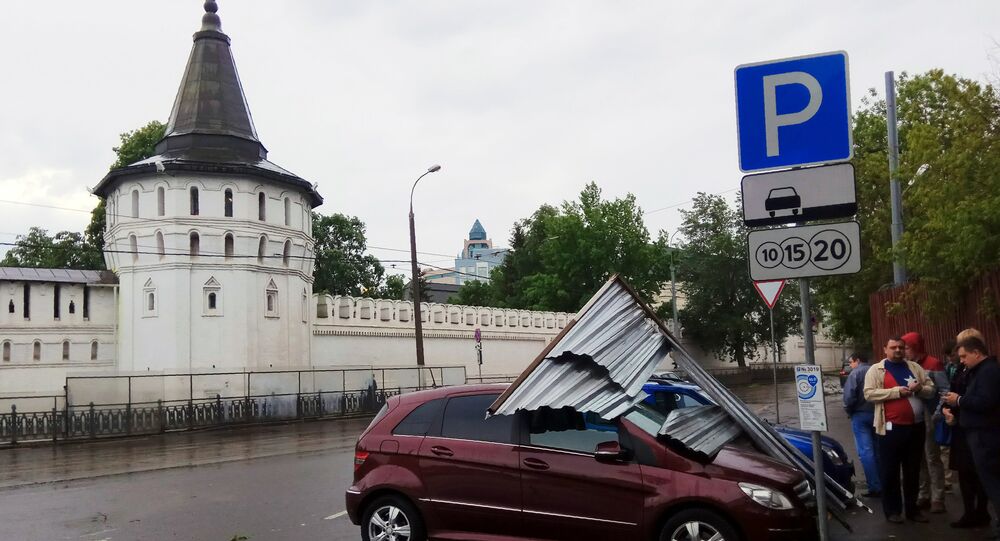 A severe storm hit the Russian capital on Monday.

MOSCOW (Sputnik) — A total of 16 people have been killed in Moscow and Moscow Region as a result of a heavy storm that hit the Russian capital on Monday, the Russian Investigative Committee said Tuesday.

Petrenko said the exact number of victims and the total damages are being specified.

Later in the day, a spokesperson of the crisis center established to cope with the aftermath of the natural disaster told Sputnik that over 16,000 people living in about 8,300 houses in 225 towns and villages of Russia's Central Federal District were left without electricity.

© Sputnik / Natalia Seliverstova
Over 100 People Hospitalized in Moscow Following Worst Storm in Decades
The spokesperson added that the houses hit by the storm were located in Russia's Kaluga, Tula, Tver, Ryazan and Vladimir Regions.

According to the Russian Emergencies Ministry, more than 22,300 people and 5,000 vehicles are involved in post-disaster relief across storm-hit central Russia.

The Moscow Region governor said that the death toll had climbed to five.

"Five people were killed, including one child, 34 were hospitalized," Andrei Vorobyov said at a regional government session.

UPDATE: Later in the day, the Russian Investigative Committee said the total number of people killed by the storm stood at 15.